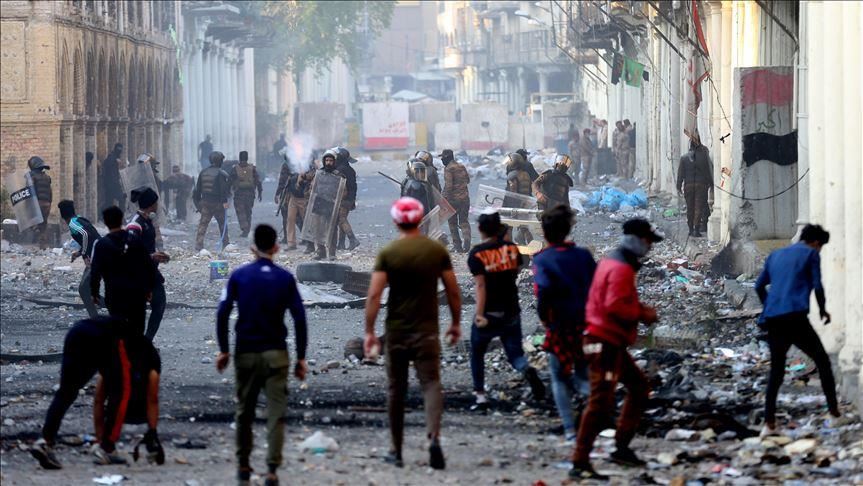 Seven Iraqi were injured early Monday in flare-up with security forces in Dhi-Qar governorate used live rounds to disperse protestors, Anadolu news agency reports.
A senior office from the interior ministry told the agency security forces were compelled to use live bullets as tensions between the demonstrators and security forces escalated in the town Al-Rifai.
The official also indicated that authorities have sent addition forces to the town and to reinforce a curfew declared to bring the situation under control.
Iraq has since October been gripped by demonstrations against hardship and corruption. The protests which caused the resignation of Prime Minister Adil Abdul-Mahdi, sparked violence on both sides.
The Iraqi government has been accused of using snipers to kill protestors. At least 500 people have been killed and 17,000 injured in the protests.