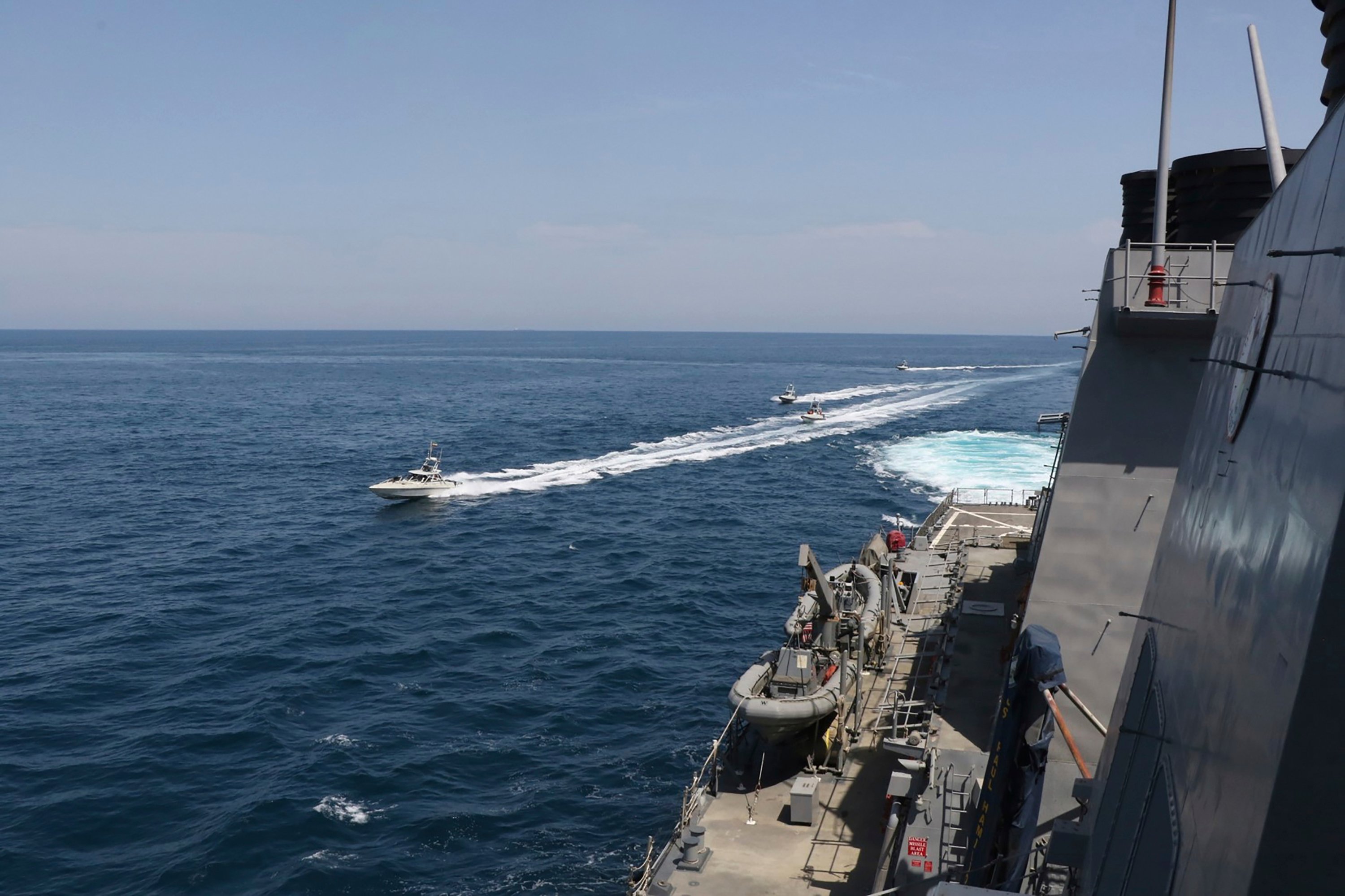 US President Donald Trump Wednesday said he instructed US navy in Persian Gulf to shoot and destroy any Iranian gunboats found harassing US ships.
Trump made the remark on Tweeter amid renewed tension between the Islamic Republic and its global arch foe after Iran Wednesday said it successfully put its first military satellite into orbit.
The launch sparked fear among western countries including the U.S which believe that the space program can enable the Islamic Republic to upgrade its ballistic missile program which has been the bone of contention between Washington and Tehran.
Last week Washington accused Tehran of provocation after a dozen of gunboats of powerful Revolutionary Guards went close to U.S. warships in the Persian Gulf. The Revolutionary Guards instead accuse the U.S of unprofessional behavior in the Gulf which is an important route for oil tankers.
Iran blamed the U.S for obstructing early this month the passage for “Shahid Siavoshi”, an Iranian vessel despite warnings, TSA reports.