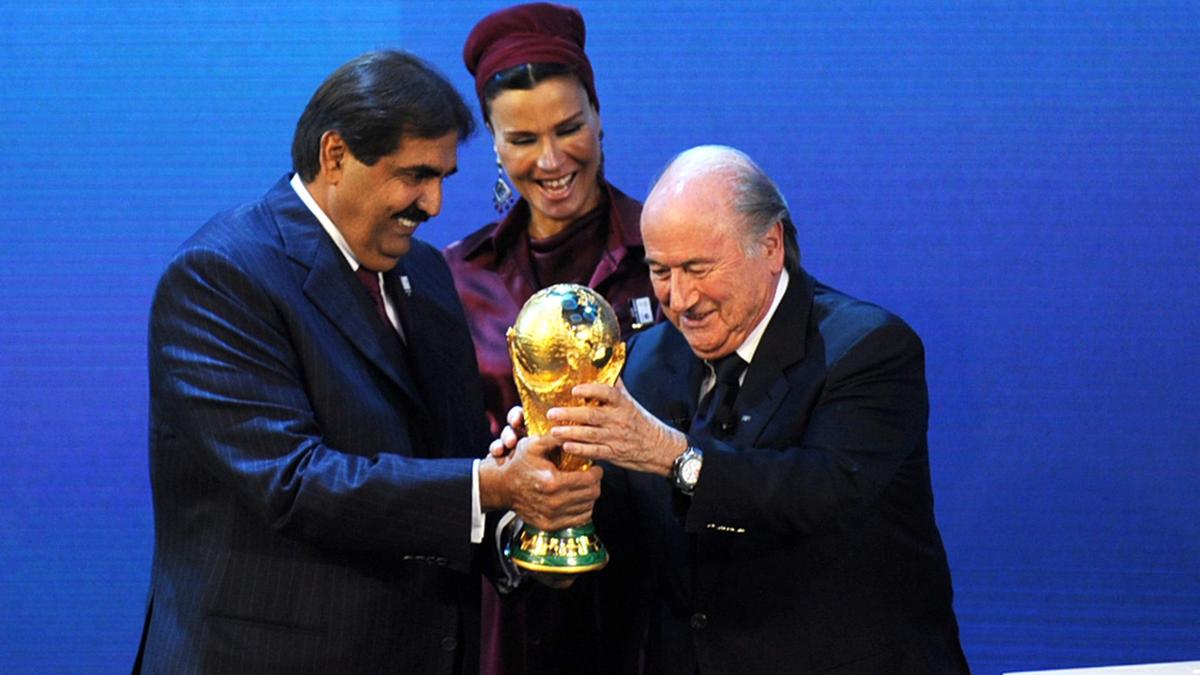 Former world football governing body boss, Sepp Blatter has told German media Bild that he believes, Qatar should be stripped of the organization of the 2022 world cup.
The Swiss national who is serving a six-year ban from the powerful global football governing body told the Bild that staging the next 2022 event away from the Gulf country still possible and the tiny gas-rich country is still challenged by bribing accusations.
Last week, the US Department of Justice issued an indictment over allegations that Russia and Qatar paid bribes in order to secure votes ahead of being awarded the 2018 and 2022 World Cups respectively.
Qatar was awarded the tournament in tight race with the U.S which hosted the event in 1994.
Blatter in the interview suggested that the U.S can be a good replacer to Qatar.
“Germany could do it. But this would mean the World Cup being staged in Europe again after 2018,” he said.
“Europe therefore would not be first choice. The United States could do it instead of 2026. They are capable, it’s not rocket science! Japan could also do it. They also bid to host the 2022 World Cup.
The U.S, Canada and Mexico were chosen in Russia, in 2018, to host the 2026 world cup after the trio presented a successful bid.