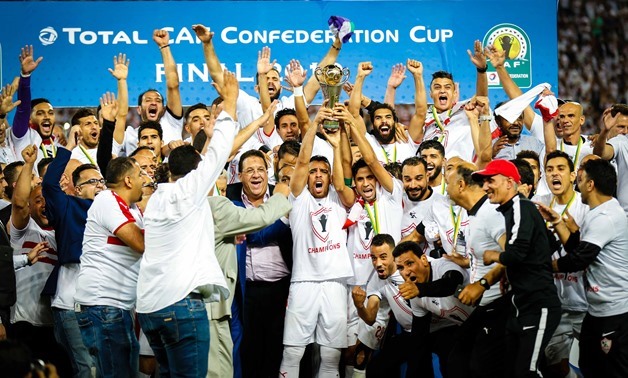 Zamalek had earlier announced it was boycotting the tournament this month over ongoing diplomatic feud between Qatar on one side and Saudi Arabia, UAE, Bahrain, and Egypt on the other.

The Cairo-based team, BBC reports has voted to send a team to the Qatari capital for the annual match, scheduled on feb.14.

Qatar signed a three-year deal with CAF to host the Super Cup. The contract has been underway for two years.

In November, Mortada Mansour, team’s President confirmed the decision by the Egyptian team not to play the match in Qatar. The Saudi-led also have imposed a sea/air/land blockade. They initially banned Qatari citizens to visit/travel to their territories.

Yet, the crisis appears to have been resolved on the sports front. Saudi Arabia, UAE and Bahrain traveled to Qatar for 24th edition of the biannual Arab Gulf Cup. Bahrain won the tournament beating Saudi Arabia in the final.

Mansour according to the BBC report will not be part of the Egyptian delegation.