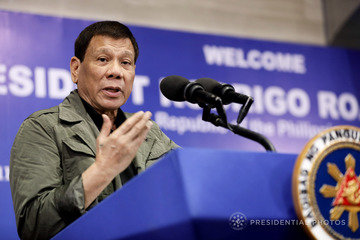 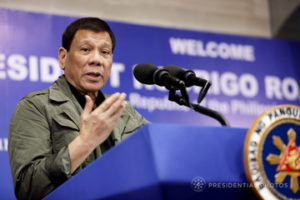 Philippines President Rodrigo Duterte has said he wants to kill “recruiters of Philippines citizens who are sent to the Middle East where they are treated as slaves,” in a new bout with Kuwait following the death of another Filipina housemaid.

“I really want to kill [these illegal] recruiters who seize every problem to convince people to go to the Middle East. But when the recruit arrives in the Middle East, the problem develops or they are being sold to questionable Arab families,” Duterte said in a speech Monday at the 60th anniversary of Cor Jesu College, which he attended in the 1960s.

“There are Filipina girls who went there who cannot be accounted for anymore…. They said if you fail to find them, they had been sold to the slave market in Africa. And I just cannot imagine for the life of me to think that a Filipina is being made a slave and being raped every day,” he said.

The foreign minister of the Asian country reportedly Sunday summoned Kuwaiti envoy to the country to condemn the killing of another Filipina domestic worker in the Gulf country.

The victim, identified as Jeanalyn Villavende, was brought to Sabah Hospital. Her employer reportedly told police that his wife beat the worker until she fainted. The body was showing signs of bruises. The couple has been arrested and detained, reports say. Jeanalyn Villavende arrived in Kuwait earlier this year.

Kuwait and the Philippines saw their relations go sour last year after President Duterte imposed ban on the recruitment of his citizens as workers in the Middle East and Kuwait in particular. He charted aircraft to bring home those willing to come back. The reaction came after a Filipina house maid was found in February 2018 in a freezer, in an apartment previously owned by a Lebanese-Syrian couple.

The relations were normalized after both countries signed in May a labor pact that guarantee the wellbeing and good treatment of the Pilipino workers.