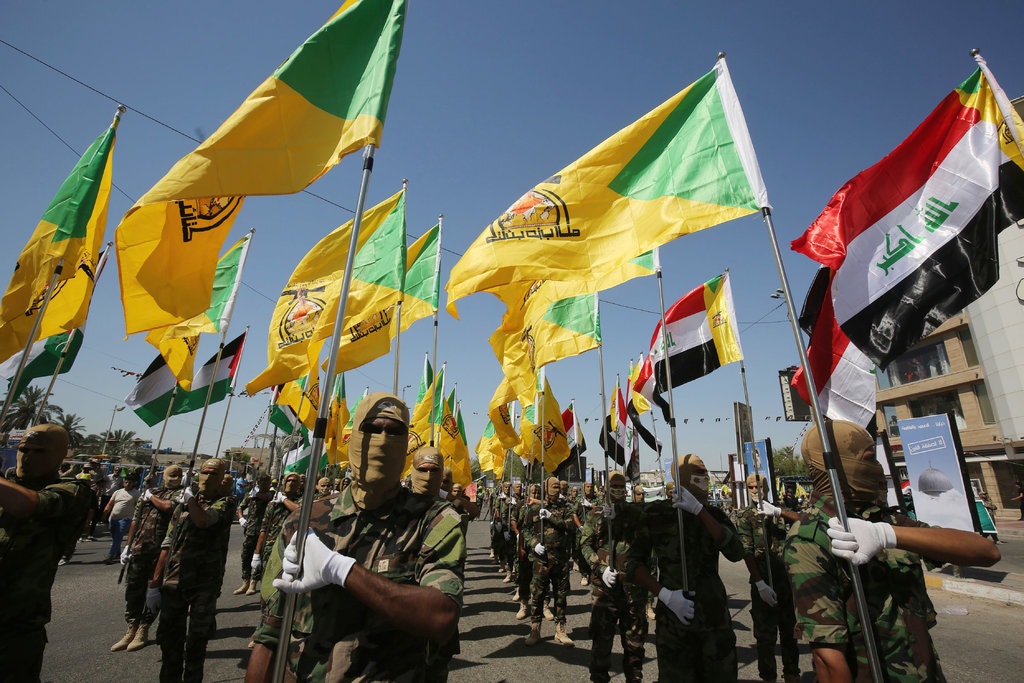 Iraq and Iran have warned the US of “consequences” after Washington carried out airstrikes against an Iran-backed militia group in Iraq.

A top Iraqi militia leader warned of a strong response against US forces in Iraq following the air strikes in Iraq and Syria overnight that hit several bases of his Iranian-backed group and killed at least 25 people.

“The blood of the martyrs will not be in vain and our response will be very tough on the American forces in Iraq,” senior commander Jamal Jaafar Ibrahimi, known by his nom de guerre Abu Mahdi al-Mohandes, said late on Sunday.

Iran has also strongly condemned the raids as “terrorism”.

The US has “openly shown its support to terrorism and shown its negligence to the independence and national sovereignty of countries,” said Iranian Foreign Ministry spokesman Abbas Mosavi, according to the state-run IRNA news agency.

“It must accept responsibility of the consequences of the illegal attacks,” added Mosavi.
At least 25 people were killed and 51 wounded in the airstrikes that targeted five facilities controlled by Kataib Hezbollah in Iraq and Syria on Sunday.

Kataib Hezbollah is a militia group that falls under the Iran-backed Shiite Popular Mobilization Forces in Iraq.

Pentagon spokesman Jonathan Hoffman described the strikes against the group as “precision defensive strikes” that “will degrade” the group’s ability to conduct future attacks against coalition forces, reported CNN.

The strikes represent the first significant US military response in retaliation for attacks by the militia group that have injured numerous American military personnel, according to US officials.

Hezbollah, the Lebanese militant and political group with links to Iran, also condemned the US airstrikes as “a blatant violation on the sovereignty, security and stability of Iraq and the Iraqi people,” according to a statement aired by the group’s al-Manar TV Monday.

“The American administration reveals its true face as an enemy to Iraq and the interest of the Iraqi people and their aspiration for freedom, true sovereignty and a secured future,” the statement said.