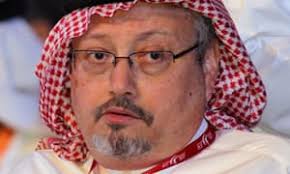 Five of 11 Saudis put on trial in connection with the murder of the prominent journalist Jamal Khashoggi in the Saudi consulate in Istanbul, have been sentenced to death, the public prosecutor has said.

Three others according to the prosecutor also received multiple prison sentences totaling 24 years.

Former top aid of the Crown Prince Saud al-Qahtani was investigated but not charged.

The kingdom has face a barrage of international criticism for the death of the Washington Post contributor who, according to the Turkish authorities, was killed by a hit squad sent from Riyadh.

The journalist and critic was, according to the tapes revealed after the murder, killed and cut into pieces by the team. The body was never found.

Turkey and several western countries have indirectly linked the murder to Crown Prince Mohamed bin Salman who has denied any wrongdoing but in an interview in September said he took full responsibility.