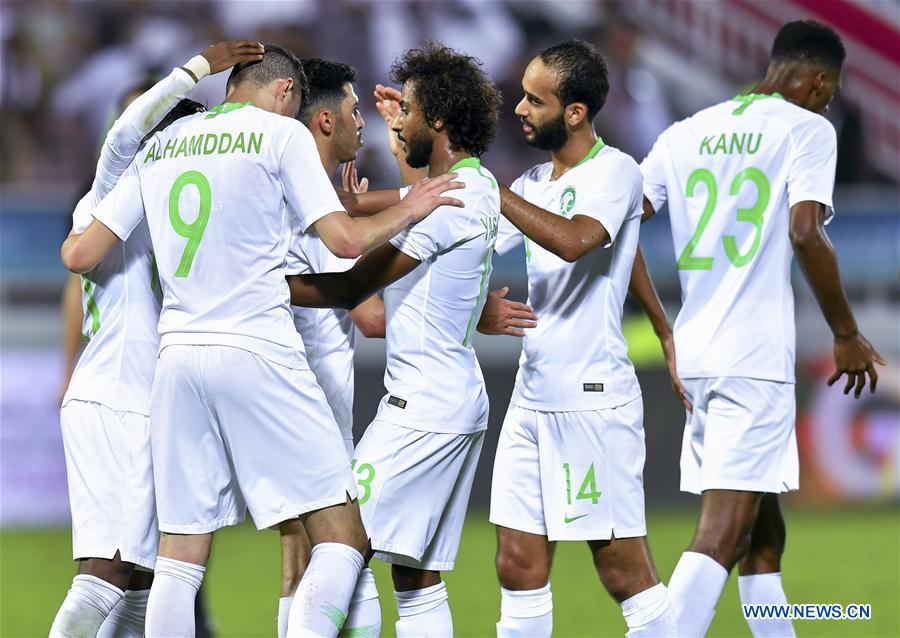 Saudi Arabia and Bahrain will clash Sunday for the final of the 25th Arab Gulf Cup after they respectively managed to axe host Qatar and Iraq.

The green Falcons dominated Thursday the favorite and the host 1-0 with goal coming in the first half. Abdullah Alhamddan’s goal in the 28th silenced the home fans in al-Janoub Stadium in al-Wakrah stadium, outside capital Doha.

Qatar, AFC Asian Cup reigning champions struggled for the equalizer but the various scoring chances were fruitless.
Early in the day, Bahrain overcame good performing Iraq in the penalty shootout after a 2-2 eventful 90 minutes. Mohamed Marhoon gave the equalizer for Bahrain.

Saudi Arabia will Sunday play their 10th final in expectation to lift their 4th trophy in biennial tournament.
The two teams alongside UAE confirmed their participation few days before the Nov. 26 kickoff.

Saudi Arabia, UAE, Bahrain have severed their ties with Qatar over allegations that Doha sponsors terrorism. Qatar has denied any wrongdoings.