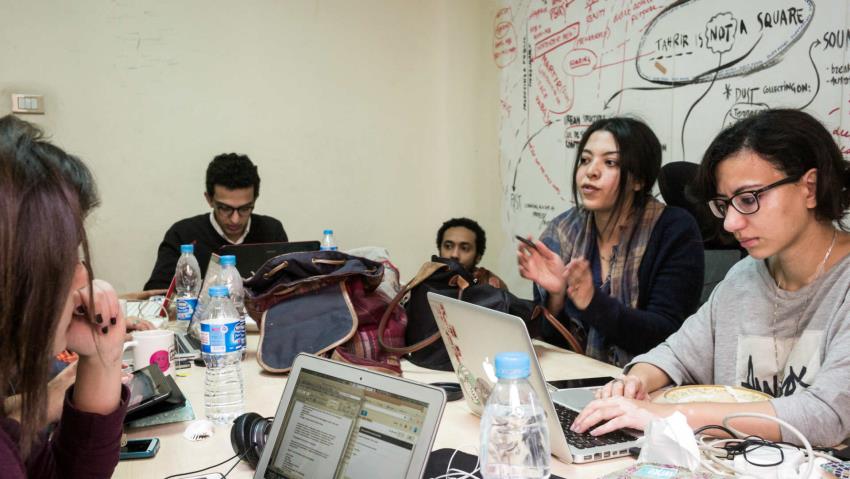 Shady Zalat, an editor of the English and Arabic media, and four of his colleagues were detained Saturday. Security forces in plain clothes, according to the media, broke into Zalat apartment and arrested him. His colleagues, namely Editor-in-Chief Lina Attallah, as well as journalists Mohamed Hamama and Rana Mamdouh were rounded up Sunday after security forces raided their Cairo office.

Zalat was released on Sunday evening after spending 40 hours with security forces. The other colleagues were freed five hours after the raid.

The journalists were not charged.

Their arrest came two day after the independent media, which enjoys international fame and won several awards, published an article purporting that Mahmoud al-Sisi, the President’s son and senior intelligent officer, has been sidelined and will be moved to Moscow to serve a military attaché at the country’s diplomatic mission.

Mahmoud is reportedly criticized for his wrong handling of the protests that broke out in September to denounce corruption of the President and his regime.

The raid on Mada Masr raised eyebrows and was viewed by many as a blow to the freedom of press. The Egyptian regime led by al Sisi is accused of muzzling the press after over 500 websites had been closed. At least 25 journalists are currently held in Egyptian prison according the Committee to Protect Journalists (CPJ).

The CPJ also indicated that seven were arrested during the September protests.