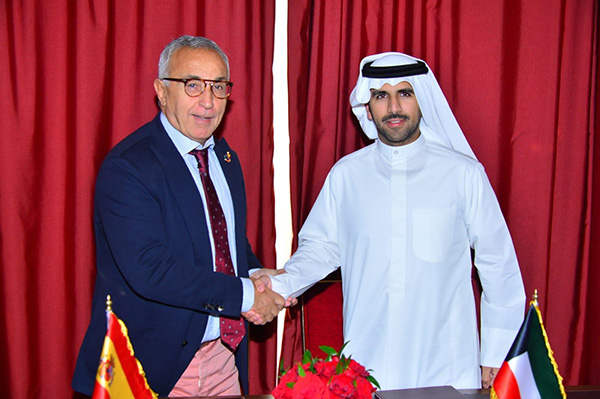 The Kuwaiti and spanish Olympic Committees have signed a cooperation deal in sport sector.

The two committees will cooperate in areas of administrative reforms, at the level of international spheres, and will help each other’s athletes polish their skills, the Arab Times online media reports.

The deal comes after the Gulf country was recently reinstated in the international Olympic Committee, IOC.

International Olympic body in July this year fully lifted the ban it imposed on the Arab country in 2015 over a legislation that the committee found incompatible with its values.

Kuwait can now send its athletes for next year’s Tokyo Games to compete under the national flag.