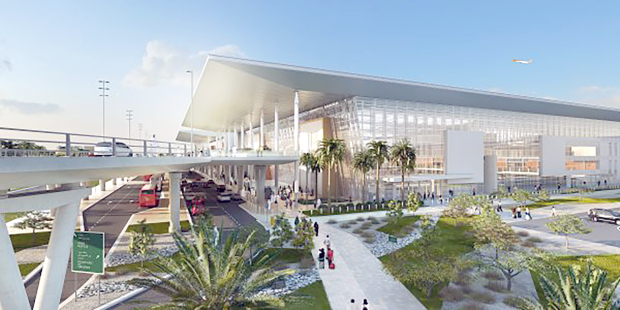 The announcement comes following testing of various features of the new structure that cost $1.1 billion.

“There is no chance for mistakes with an airport and we will be operational in the first quarter of next year, after all checks are complete,” he told Bahrain newspaper Gulf Daily News.

The new terminal was set to be open in Q3 of 2019 but a group of lawmakers pushed for delay over concern that it was not ready.

Until March, authorities are planning to recruit up to 14,000 volunteers for a mock inauguration in view of testing all aspects.

The new terminal features 104 check-in counters, 36 passport control booths and 24 security screening points and will include two main hospitality lounges, one run by national carrier Gulf Air and the other by Bahrain Airport Company (BAC).

The massive development project is expected to handle 14 million passengers per year, four times the capacity of the existing terminal.