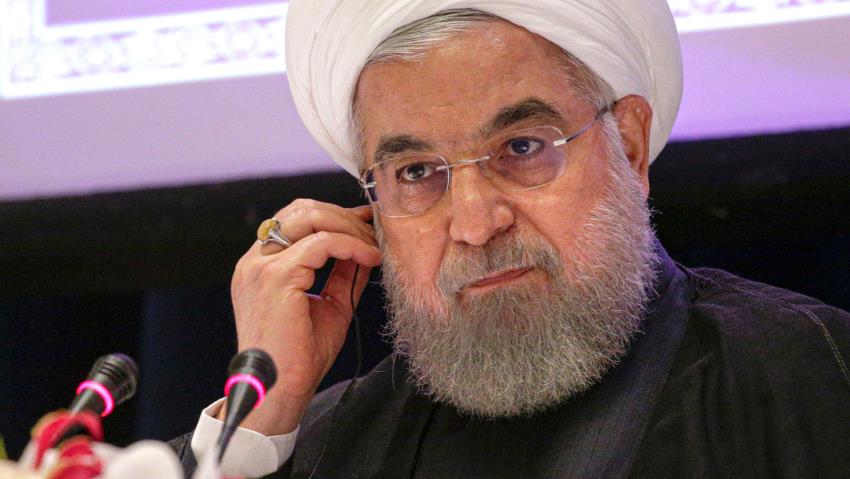 Iran Monday said it received a message from its regional rival Saudi Arabia via unidentified mediators amid escalated tension between the two countries following missiles attacks mid-September on Saudi oil installations with the blame squarely put on Iran.

Quoted by the Labor News Agency (ILNA), government spokesman Ali Rabiei said President Hassan Rouhani indicated that he received the message whose content has not been disclosed.

Speculations have identified Pakistan or Iraq as the mediators after both countries showed interest in helping deescalate tension between Iran and Saudi Arabia.

Pakistan Prime Minster Imran Khan last week indicated that he was approached by the US and Saudi Arabia to help talk to Iran.

“Trump asked me if we could de-escalate the situation and maybe come up with another deal,” Khan told reporters.

“Yes, we did convey this, and yes, we’re trying our best,” he said.

“I immediately spoke to President Rouhani after the meeting with President Trump. I can’t say anything right now more than this except that we’re trying and mediating,” he said.

The Pakistani Prime Minister met with President Donald Trump and Rouhani on the sidelines of the UN GA in New York.

Tensions between Saudi Arabia and Iran have worsened further after Yemeni Houthi rebels claimed responsibility for the attacks on two Saudi oil installations in mid-September.

Saudi Arabia, USa and several western countries blamed Iran for carrying out the attacks which cut off a great deal of the kingdom’s oil output.

The message also came after Saudi Crown Prince Mohamed bin Salman told US media CBS in an interview aired on Saturday that war with Iran will damage the global economy.

“Imagine all of these three things stop. This means a total collapse of the global economy, and not just that of Saudi Arabia or the Middle East countries.”