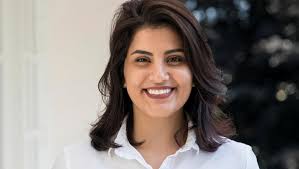 A group of UN human rights experts on Friday urged Saudi Arabia to release Loujain Al-Hathloul whose arrest 500 days ago, marked the beginning of a crackdown against women human rights defenders across the country.

In a statement, the group of 15 independent experts – Special Rapporteurs and members of the UN Working Group on the issue of discrimination against women in law and practice – said that Ms. Al-Hathloul, “who was detained on spurious national security grounds, had been instrumental in the movement to allow women to drive, and the push to end male guardianship laws.”

They noted that Saudi Arabia has since been commended widely by the international community, for its recent efforts to reform discriminatory legislation in these areas.

“It is shockingly hypocritical that Ms. Al-Hathloul remains in prison for campaigning to change laws which have since been amended. Indeed, she should never have been imprisoned in the first place for exercising her fundamental rights to freedom of expression, peaceful assembly and association,” the experts said.

“In spite of recent improvements in Saudi Arabia’s male guardianship laws, it is imperative that the world does not lose sight of the human rights concerns which persist in the country, as human rights defenders have continued to express.”

Ms Al-Hathloul, who was arrested in May of 2018, has said that she has been tortured while in prison, but no inquiry into her allegations has taken place.

It is also alleged that she turned down a deal offering her freedom in exchange for recanting her statements, said OHCHR. Her last hearing, which was scheduled for April this year, was cancelled, and no new date has been set.

UN human rights experts have raised their concerns with the Saudi Government over the crackdown on women rights defenders, on a number of occasions.