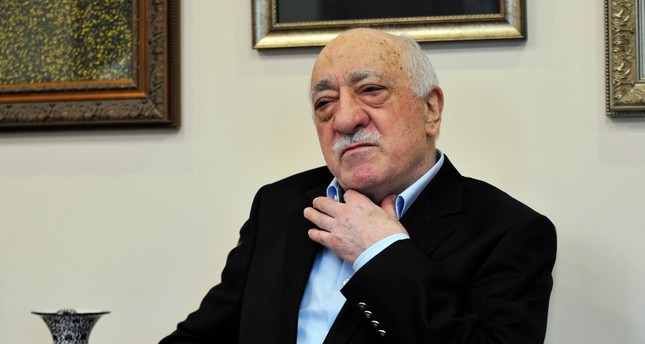 Fetullah Gulen, the staunch rival of Turkish President Recep Tayyip Erdoğan, has praised Egypt’s regime of Fattah al-Sisi as “a model” in Africa amid crackdown on protestors wanting the Egyptian leader to be removed on misappropriation and corruption charges.

Gulen, self-exiled in the USA and considered by Ankara as leader of the terrorist group FETÖ accused of masterminding the 2016 failed military coup in Turkey, blamed Erdogan for partiality, in an interview with Egyptian TV, TEN, close to the Egyptian government.

Gulen, a former Erdogan ally, fled to the US in 1999. Ankara has requested his extradition over his connection with 2016 failed coup in which 250 people died.

In his interview, the FETO leader praised President Fattah al-Sisi and regime for being “efficient” and for having become “the role model” for several countries in Africa and the Arab world.

The interview came amid a clampdown on protests in several cities including Cairo. Protesters last week took to the streets following a call by a whistleblower who urged Egyptians to ouster the Egyptian leader and the army.

Mohamed Ali, a former military contractor who fled to Spain, accused President al-Sisi and the army of corruption and misappropriation. The Egyptian leader of course denied the accusations and his regime arrested over 2,000 people in connection with the protests.

Gulen’s comments also came amid heightened diplomatic tension between Ankara and Cairo. President Erdogan reportedly last week refused to join a dinner offered by US leader Donald Trump because President al-Sisi was also invited. Erdogan reportedly walked out of the room after he realized he would be seating at the same table as al-Sisi.

Erdogan had openly criticized al-Sisi for removing, in 2013, Egypt’s first democratically elected President Mohamed Morsi who died in June, in an Egyptian court. Turkey demanded a UN investigation into the death of the former Egyptian President who was close to Ankara.