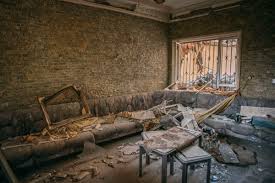 The Emir of Kuwait has instructed his cabinet to build a suburban city in the northern district of the Iraqi city of Baiji to host Iraqis who lost their residences during three years of war to flash out the Islamic State group, ISIS.

“Kuwait’s emir, Sabah Al-Ahmad Al-Jaber Al-Sabah, has ordered the construction of a residential city in the district of Baiji for Iraqis whose homes were destroyed during the country’s war against the Daesh group,” Iraqi governor of the central province of Salah Al-Din, Ammar Jabr told media using the Arabic name of the terror group, Middle East Monitor (MEMO) reports.

The directive is part of Kuwait’s pledge to contribute to the re-construction of its neighbor which spent three years to weed out the terror group in 2017.

Ammar Jabr indicated that the Kuwaiti Prime Minister had agreed to form “a joint committee, intending to manage the allocation of the aids which were approved during the 2018 International Conference for the Reconstruction of Iraq,” MEMO noted.