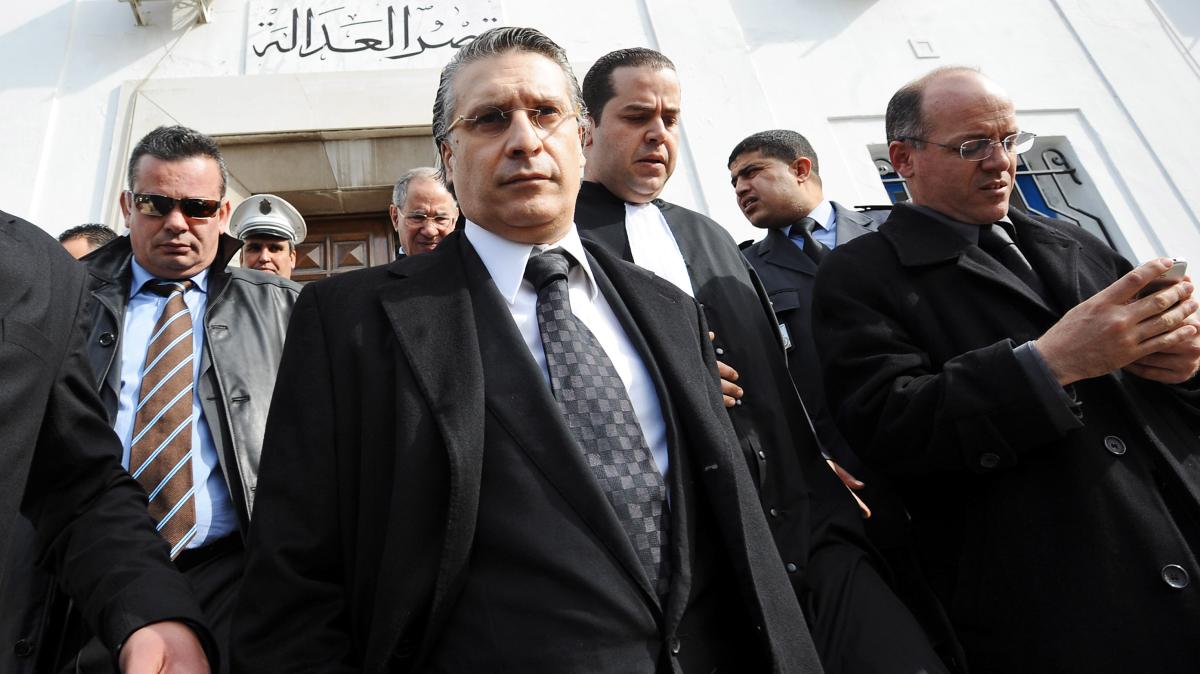 Tunisian media magnet and presidential hopeful Nabil Karoui has been banned from traveling abroad after the judiciary slapped money charges on him, reports say.
The spokesman for the judiciary department for financial cases, Sofiene Sliti, Monday indicated the judge 10 days decided to charge Nabil Karoui and his brother Ghazi Karoui for money laundry.
Aside from grounding the two brothers, the judge according to Sliti, decided to freeze their assets and ordered the Tunisian central bank, Banque Centrale Tunisienne, to shed light on how the two brothers’ money managed to leave the North Africa.
I Watch, a corruption watchdog, on March 14 lodged lawsuit for alleged money laundry via their firms in Algeria, Morocco and Luxemburg, reports say.
Nabil Karoui is owner of TV channel Nessma where himself ran a daily show until recently when he announced to run for November presidential elections.
The founder of the political party, Heart of Tunisia, has slammed the decision which he said politically motivated. The party has accused Prime Minister Youssef Chahed and Islamist movement Ennahda; two allies in the Tunisian government, of using state institutions and means to sideline political opponents
Heart of Tunisia called on Chahed to step down should he run for November elections. The Prime Minister is expected to represent his party, Tahya Tounes, for the elections.