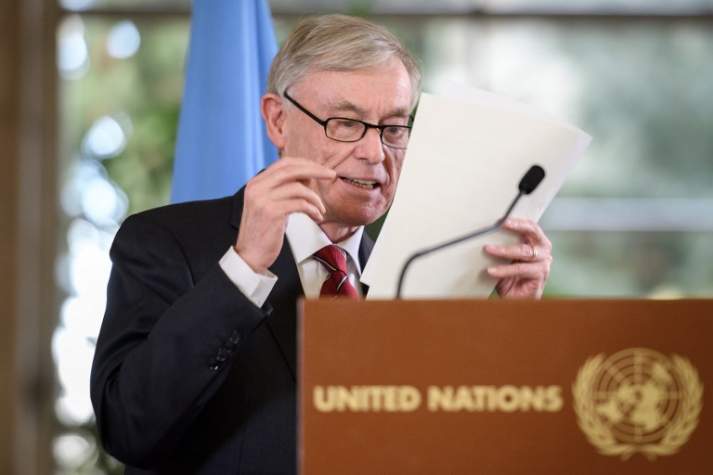 The delegations representing Morocco, Algeria, Mauritania and the Polisario which held an initial round table on the Moroccan Sahara issue in Geneva December 5-6, at the invitation of the UN envoy Horst Köhler, decided to meet again in the course of the first quarter of 2019.

The joint statement issued after the first Geneva round table and read out by the UN Secretary General’s personal envoy for the Sahara, announced that a second round table on the regional dispute will take place in the course of the first quarter of 2019.

“The delegations agreed that the Personal Envoy would invite them to a second round table in the first quarter of 2019,” said Mr. Kohler when reading the joint statement before the media.
The delegations, the statement said, “reported on recent developments, discussed regional issues and discussed next steps in the political process for the Sahara”.

“All delegations recognized that cooperation and regional integration, rather than confrontation, were the best ways to address the many important challenges facing the region,” the statement said, noting that “all talks took place in an atmosphere of serious commitment, openness and mutual respect.”

The round table was held at the invitation of Horst Koehler, in accordance with United Nations Security Council Resolution 2440.

It was the first time that Algeria participated in talks on the Sahara as a party to the conflict and not as an observer as it has long claimed.
Resolution 2440 actually confirmed Algeria’s involvement and role as a party to the regional dispute over the Sahara and as a main stakeholder in the process aiming to find a political, realistic, practical and lasting solution to the conflict.

The resolution also stressed the need for all parties “to demonstrate political will in order to advance the negotiations” and emphasized the importance of “an enduring political solution based on compromise.”

The Moroccan delegation to the Geneva round table combined official diplomacy, local elects and civil society. It included Foreign Minister Nasser Bourita, Moroccan permanent representative to the UN Omar Hilale and three Sahrawis. These are Hamdi Ould Errachid, President of the Laayoune-Oued Eddahab region, Ynja El Khattat, President of the Dakhla-Oued Eddahab region (a former member of the Polisario) and Mrs Fatima Adli, a civil society activist and member of the Smara municipal council.

The presence of the elected Sahrawi trio sent a strong message to the internation al community that the Polisario secessionists are not the sole and legitimate representatives of the Sahrawis as they claim and that the majority of Sahrawis are leading a peaceful life in their native country, Morocco.