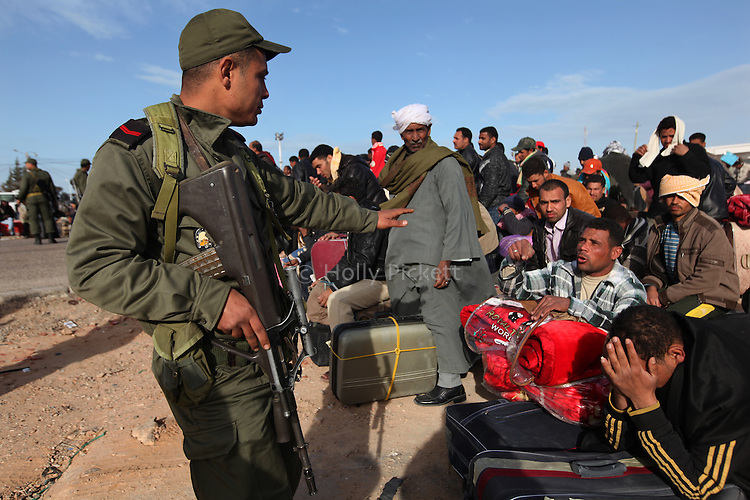 A group of Egyptians have been kidnapped and held hostage in the east of Libya after the men fell out with a businessman who accused them of stealing part of a contract money.

Egyptian residents from Nile Delta village of Kafr el-Sheikh told Reuters that the men who went Libya to work, were kidnapped at least four days ago in the town of Tobruk. They were abducted by a group of armed men at the instructions of a businessman who accused them of stealing 100,000 Libyan dinars ($72,000).

The businessman, according to Reuters, is from the same village as the workers. He conditioned the release of the men after he gets his money back.

“The Libyan side said he wants his money before letting the men go,” a resident of the village told Reuters.

“I am now worried about my brother’s life because killing in Libya has become a common practice,” another resident said.

Thousands of Egyptians are currently working in Libya despite security concerns. Many of them are in the construction sector.

The Islamic State group (ISIS) in 2015 slaughtered 20 Egyptian Christians by the sea. The horrible deed sparked anger of the Egyptian government, which had carried out several sorties to pound positions of the terror group.