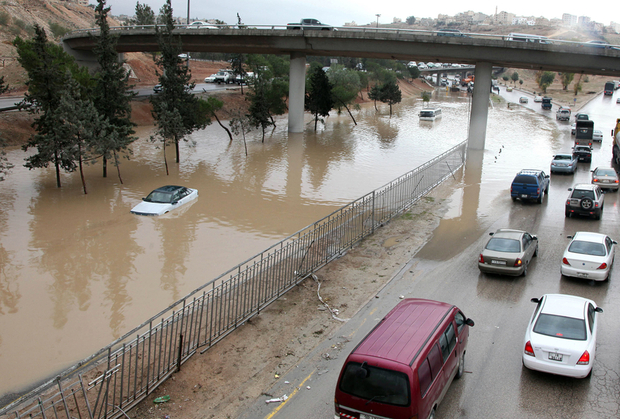 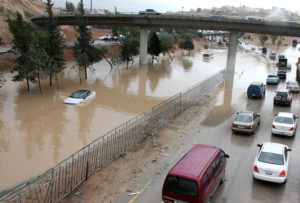 Authorities in charge of Gulf country’s sky have cancelled all fights from and to Kuwait City international airport because of unfriendly weather conditions.
Flights to and from the airport according to the Directorate General of Civil Aviation will remain suspended on Thursday after cancelling all departing flights on Wednesday.
“All flights departing from Kuwait were delayed and all passengers were informed about new schedules,”director general of airport affairs Fahad Al-Wugayyan is quoted saying on Thursday by the state-run news agency, KANU.
Wugayyan also said aid flights continued to be diverted to Riyadh, Dammam and Manama
The Directorate also on Wednesday said the arriving flights would be redirected to Dubai, Bahrain and Dammam, reports say.
The Gulf country has been experiencing bad weather marked by heavy rains and flooding including strong winds packing speeds up to 60 kilometers per hour.
The worse weather conditions made a first victim over the week-end. On Friday the minister public works resigned over damage caused by the floods, Reuters reported.
On Wednesday, the United Arab Emirates (UAE) issued advisory to citizens living in Kuwait to follow instructions given by local authorities.
The Kuwait interior ministry warned the Gulf country’s residents to stay indoors. Visibility on roads was feared to drop below 1,000 meters.