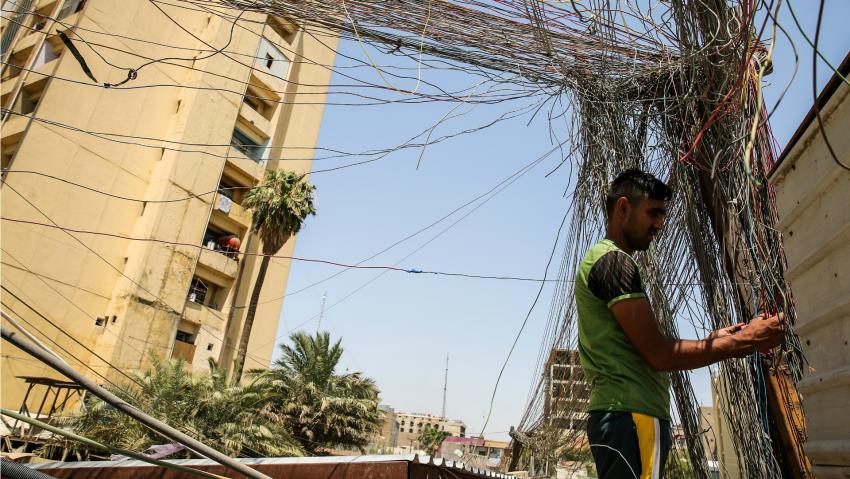 The US administration has given special permission to Iraq to continue importing energy from Iran despite fresh sanctions on Tehran and threats against countries wishing to continue trade with the Islamic regime.

The US State Department’s representative on Iran, Brian Hook, Wednesday, told reporters that Washington is allowing Bagdad to continue relying on Iran for its gas and electricity.

“We granted Iraq a waiver to allow it to continue to pay for its electricity imports from Iran. We are confident that this will help Iraq limit electricity shortages in the south,” Hook said.

“Iraq is a friend and a partner, and we are committed to its stability and prosperity.”

The waiver is temporary, a source told AFP noting that the US expects Iraqi authorities to come up with a plan in one month and half that will demonstrate Bagdad’s strategy to stop depending on Iran for its energy needs.

“The US gave us 45 days to give them a plan on how we will gradually stop using Iranian gas and oil,” the source said.

Iraq has strong ties the US with whom it cooperates in many field including security.

Early this week, President Donald Trump and his administration imposed new punitive measures on Iran with its oil and financial sector in target. Washington has also forbidden countries wishing to trade with the US to engage with Iran.

Iraq depends heavily on Iran to provide electricity to its 39 million people. It also pipes in natural gas and 1,300 MW of Iranian-generated electricity to cope with power shortages.

Iraqi economy is extensively reliant on its powerful neighbor. Imported consumer goods reached around $6 billion in 2017.