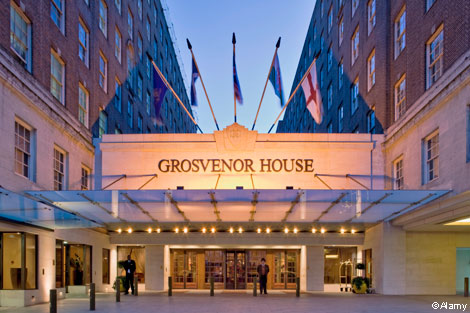 The investment arm of Qatar’s sovereign fund, Qatar Invest Authority (QIA) has reportedly agreed to buy London’s iconic Grosvenor House hotel as part of the Gulf country’s economy diversification plan amid its ongoing isolation in the region by neighbors.

Grosvenor House Hotel was built in the 1920s and is renowned for the largest ballroom in Europe, the Great Room, which hosts prize awarding ceremonies and charity balls.

Aside from the UK, Qatar has bought a large number of assets and properties around the world. This year, it acquired the Plaza Hotel in New York for around $600 million.

It is also in talks to buy another hotel in Europe in the near future, the source said.

QIA has also injected investment in companies around the world including Germany where it is shareholder in carmarker Volkswagen.

Monday, the Emirate’s ruler Sheikh Tamim said his country’s economy grew by 18 per cent in 2017 despite a more than one-year old sea/air/land blockade imposed by regional neighbors, namely Saudi Arabia, United Arab Emirates (UAE) and Bahrain in addition to Egypt.