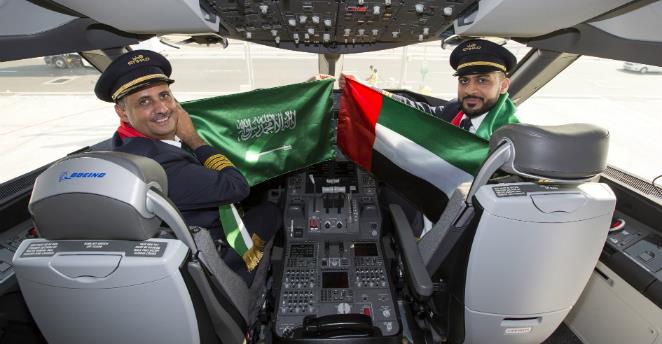 Abu Dhabi-based Etihad Airways has announced it has agreed with the Saudi national carrier Saudia to cooperate in the area of route codesharing and cargo as well as giving engineering service to the Saudi airline.

Additional destinations including Port Sudan, Tunis, Alexandria, Sharm el-Sheikh, Multan and Peshawar could be added, should Abu Dhabi approve them.

Also, as part of the agreement, Etihad would provide select maintenance services for Saudia aircraft at its facility in Abu Dhabi.

While not yet finalized, both carriers are discussing plans to see their flier programs being beneficial to the two including possibility in cargo cooperation.

“The partnership will allow for enhanced seamless travel across the Etihad Airways and Saudia networks which we anticipate will be highly popular with business and leisure travellers, especially those looking to fly to secondary city destinations,” said Etihad Group CEO Tony Douglas.

Saudi Arabia is major market for the Emirati airline, which is going through a restructuring program in view of cutting down losses. The airline reportedly carried 1.3 million passengers and more than 28,000 tons of cargo between the UAE and Saudi Arabia last year.