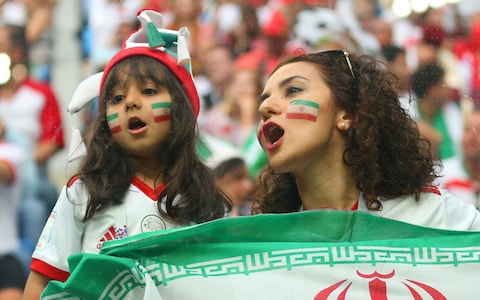 Iranian women made history Thursday after they were allowed for the first time in 40 years to attend a football game in a stadium, sitting next to men, to watch the national male football team play Bolivia in a friendly.

Around 300 female supporters sat in the terraces of Tehran stadium to witness the victory of national Team Melli defeat Bolivia 2-1 in a friendly.

The women, mostly the players’ family and friends, players and coaches of the Iranian national women’s team and some fans, materialized the victory of a 40-year struggle they have been waging since the 1979 Islamic Revolution.

The Iranian captain Hossien Mahini praised the permission given by authorities who have made Iran one of the very few remaining countries in the region to officially prohibit women from attending football games.

Some women, in an attempt to break the ban, had to disguise as men to enter local football league games.

Though they were banned to attend male football games at home, several Iranian women managed to attend matches of the national team during the June-July 2018 FIFA world cup in Russia.