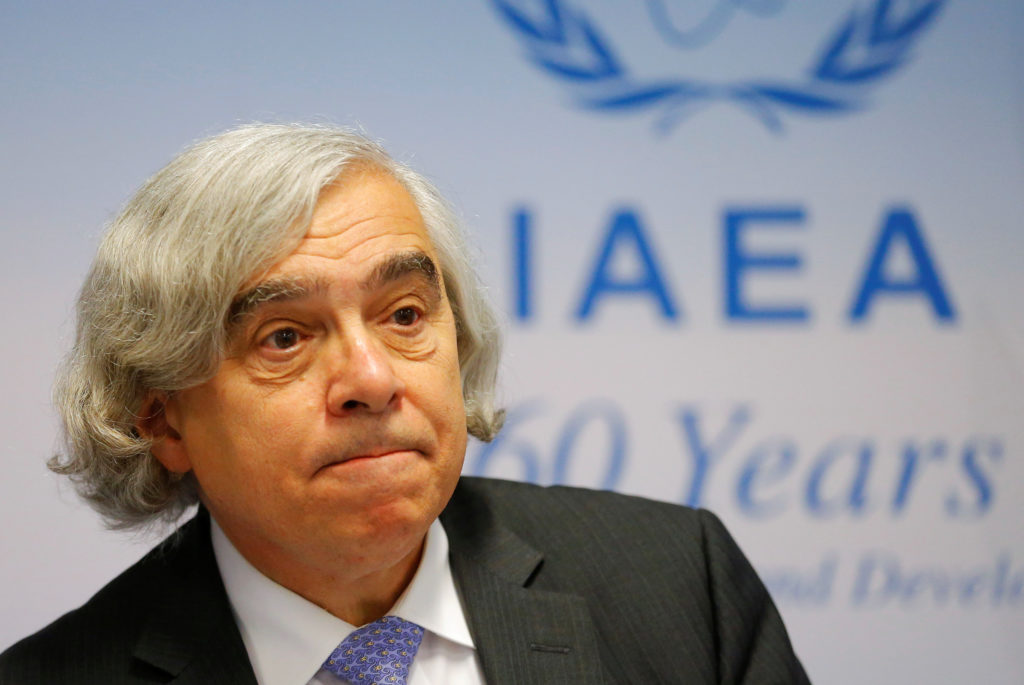 Former US energy secretary under President Barack Obama, Ernest Moniz, has suspended his participation on the board of advisors of the Saudi futuristic city NEOM, tying his return to more evidences on the fate of the Saudi journalist Jamal Khashoggi.

The veteran journalist disappeared one week ago in the Turkish city of Istanbul after entering his country’s consulate for some paperwork.

“Given current events, I am suspending my participation on the NEOM board,” Moniz said.

Moniz, CEO and president of the Energy Futures Initiative who also served as head of the energy department under Barack Obama has been appointed along several others on the board of advisors of NEOM city; a $500 billion mega high-tech city which is the center piece of the Saudi vison 2030 spearheaded by Crown Prince Mohamed bin Salman.

Moniz has conditioned his return to “learning all the facts” about Khashoggi’s disappearance.

Khashoggi; a Saudi journalist and veteran analyst has vanished since October 2 after entering the Saudi consulate in Istanbul to certify his divorce document, required to marry his Turkish fiancée.

He has left the kingdom for over one year now and has established himself in Washington. He is a contributor to the Washington Post.

Turkish authorities have launched an investigation into his disappearance and believe that the journalist might have been killed and dismembered inside the diplomatic compound.

The kingdom has rejected as baseless the claims and agreed Tuesday to allow the Turkish investigators to search the consulate.

Moniz is not the first senior US personality to have taken position in the disappearance of the journalist who has criticized policies of king Salman and his son Crown Prince Mohamed bin Salman.

Secretary of State Mike Pompeo also talked with the Crown Prince and reiterated the United States request for information.

According to U.S. press reports, President Donald Trump said the U.S. is “demanding” answers from Saudi Arabia about missing Saudi journalist Jamal Khashoggi and wants to bring his fiancée to the White House.

Trump told reporters in the Oval Office on Wednesday that he has a call in to Khashoggi’s fiancée, Hatice Cengiz.

Trump says nobody knows exactly what happened and expressed hope that Khashoggi is not dead.

He says he’s spoken with the Saudis about what he called a “bad situation,” but he did not disclose details of his conversations.