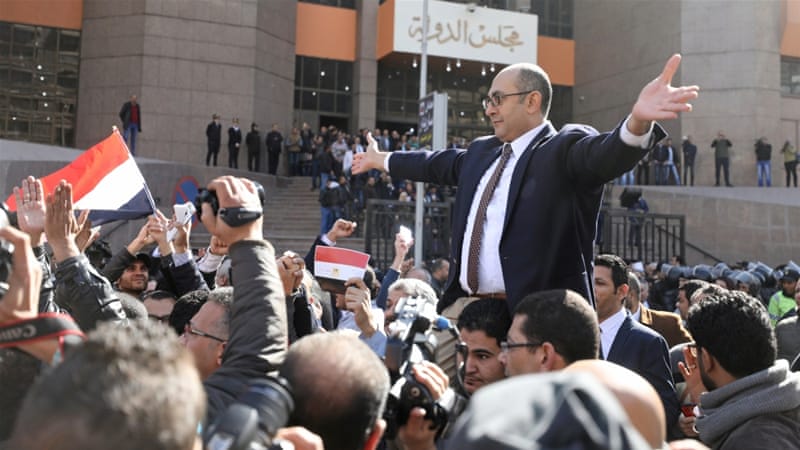 A judge Saturday imposed travel ban on a former presidential hopeful and critic of President AbdelFattah al-Sisi amid an ongoing investigation into funding for civil society groups.

Khaled Ali was banned from leaving the country upon orders of investigating Judge Hisham Abdel Meguid.

The ban, according to London-based The New Arab, is in connection with an ongoing investigation into funding for civil society groups.

Egypt has been cracking down on Non-Governmental Organizations (NGOs) claiming they receive foreign funding to destabilize countries. Several NGOs and their leaders have been locked under the regime of President Al-Sisi.

The regime has been harshly criticized for the crackdown on civil society groups.

Khaled Ali, a lawyer and rights activist ran for the first democratically held elections in the country in 2012. The elections were won by Muslim Brotherhood candidate Mohamed Morsi, who was removed from power by the then defense minister al Sisi in July 2013