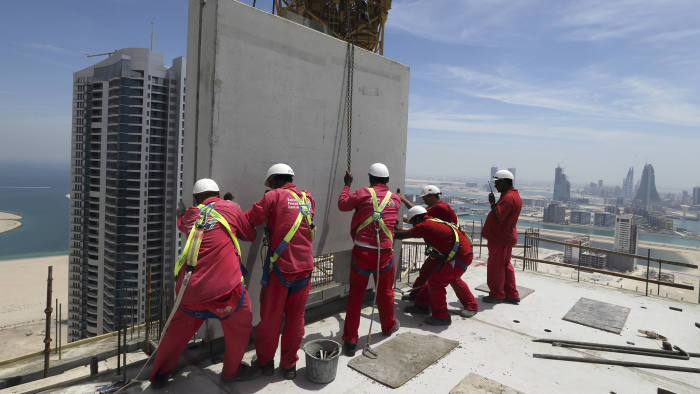 Bahrain’s regional close allies, namely Saudi Arabia, United Arab Emirates (UAE) and Kuwait, are expected to approve an assistance package worth up to $10 billion for the Gulf country, which is grappling with a financial deficit that has slowed down its economic growth.

The assistance approval will come soon with an agreement between the countries after finance ministers of the lenders end their current visit to Amman, where they are concluding another financial aid deal for Jordan, Kuwait’s Al Rai newspaper said Thursday citing an unnamed diplomatic source.

“A Gulf decision at the highest levels was taken to start the execution steps for a program to support the financial stability of Bahrain,” the diplomatic source was quoted as saying.

Saudi Arabia, the UAE and Kuwait in June announced their support to Bahrain, which has been under pressure because of a two-year old deficit budget.

The deficit was equivalent to 14 per cent of gross domestic product (GDP) in 2017. Public debt was 90 per cent of the DGP and is expected to increase to 100 per cent next year according to the Financial Times.

The support package has been tied up to reforms expected from the small monarchy. The reforms according to sources in the Gulf country include the imposition of value-added tax and changes to the pension system.

The 10-billion package accounts for about a quarter of Bahrain’s annual GDP and 28 percent of public debt, and covers over two years of state budget deficits according to International Monetary Fund projections.

As it faces hardship, authorities have been raising the prices of fuel and electricity, which were previously sponsored by the government.