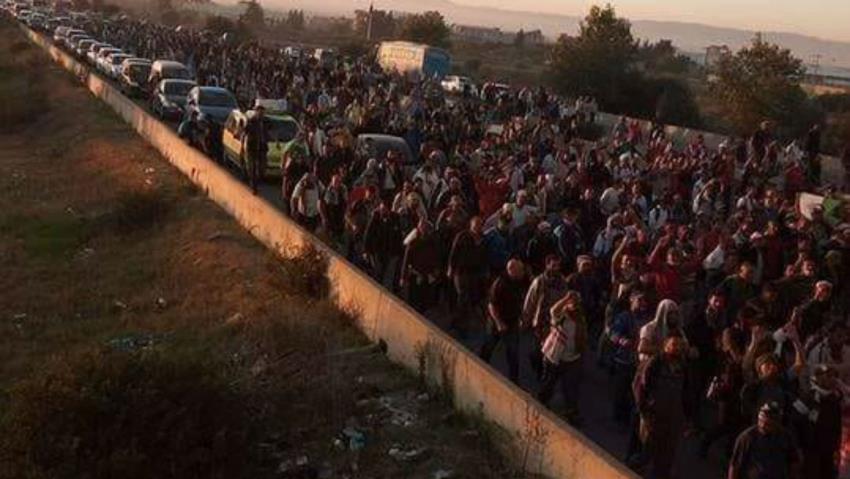 Thousands of former soldiers clashed Monday and early Tuesday with security forces at the gate of Algiers as they were marching towards the capital to protest their living conditions and meagre salaries and demand a revaluation of their pensions.

The soldiers, around 20,000 according to leader Marawan Bassaf, were blocked at Haouch El Makhfi at Reghaia, entrance of Algiers.

The retired soldiers had camped for several days in Haouch Elmekhfi, a locality in the region of Boumerdes located about thirty miles east of the centre of the Algerian capital.

According to Algerian daily El Khabar, the gendarmerie last Sunday summoned the protesters to lift their camp or be dislodged by force.

The disaffected group of protesters includes army retirees who are demanding an increase in their pensions, individuals who were expelled from the army and who ask to be reinstated or to be retired, and the army’s invalids who want better medical care in military hospitals, according to the Facebook pages of the various categories.

They have tried repeatedly to reach the centre of Algiers in recent years, but in vain, as any gathering in the Algerian capital has been banned since 2001.

“This is our chance to pressure authorities to respond to our demands. We call on the president to not abandon the people who fought against terrorism in this country,” Bassaf told The New Arab’s Arabic-language service.

In January, the military issued a statement accusing the protesters of “attempting to mislead public opinion and spread seeds of doubt”, The New Arab recalls.

The clashes left many people on both sides injured, local media TSA-Algerie reports.

Attempts by the security forces to contain the angry protesters caused traffic jams, rendering connection between Algiers and the East of the country difficult.