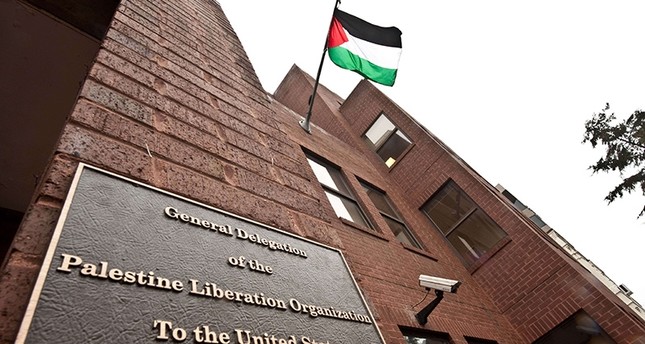 The US administration is set to announce this Monday (sept. 10) the closure of the Palestinian Liberation Organization (PLO) office in Washington as a sanction against Palestinians over their refusal to espouse President Donald Trump’s peace deal between Palestine and Israel.

The announcement, according to the Wall Street Journal (WSJ), will be made by Trump’s Security Advisor John Bolton in a speech to a conservative legal group and later in a statement by the State Department.

WSJ, which has seen draft copy of the speech, also announced that the punitive move is also due to Palestinians’ call for Israel to be probed by the International Criminal Court (ICC) for its continued unlawful settlement policy.

Bolton is also expected to wield sanctions against the court. The sanctions will include the freeze of judges and prosecutors’ assets and a ban on their travels to the U.S.

“The United States supports a direct and robust peace process, and we will not allow the ICC, or any other organization, to constrain Israel’s right to self-defense,” Bolton is expected to say, according to the WSJ.

“If the court comes after us, Israel or other allies, we will not sit quietly.”

Bolton, who would renew Washington’s unconditional support to Israel, would reportedly say that “the Trump administration will not keep the office open when the Palestinians refuse to take steps to start direct and meaningful negotiations with Israel.”

The Palestinian Authority (PA) has rejected President Trump’s peace proposal, which imposes Jerusalem as capital of Israel despite international consensus that the fate of the disputed city will be determined through talks between the two feuding sides. Trump in December unilaterally declared the Old city Israel’s capital and materialized the move with the transfer of the US embassy there in May.

The shutdown of the Palestinian de facto embassy has been in the pipeline since last year. The State Department mid-November informed PA Foreign Minister Riyad al-Malki that the PLO office in DC would be closed because the Palestinians had violated a 2015 US Congressional mandate.