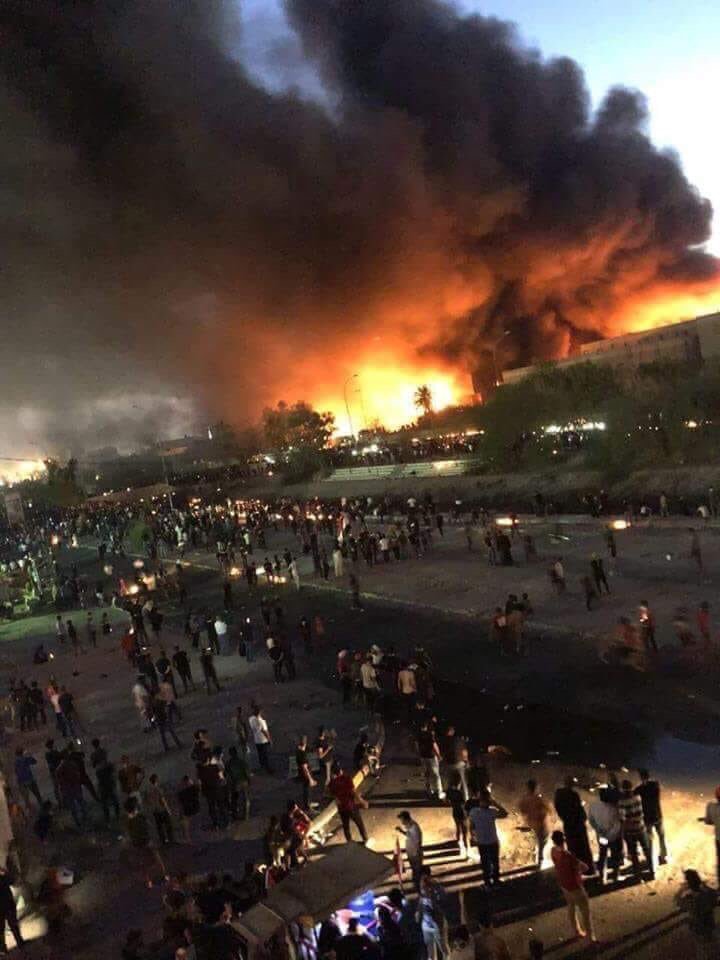 Tens of hundreds of Iraqis in the southern city of Basra Friday stormed and set ablaze the Iranian consulate amid public anger against government over corruption and poor public services.

Basra, with a 2 million-strong population, has been witnessing, since the beginning of the week, deadly demonstrations as protesters clash with security forces.

The protests, denouncing the local and central governments for corruption and poor public services delivery, began after 30,000 people were hospitalized for drinking polluted water.

The political unrest Friday became critical after demonstrators who marched to the Iranian consulate in the city, broke into the compound, set the facility ablaze and damaged the offices.

The storming came hours after Iraq’s most revered Shi’ite cleric, Ayatollah Ali Sistani, called for a political shakeup in Baghdad and a halt to violence against the protesters, Reuters reports.

The angry demonstrators accuse Iran of holding a sway over politicians in the province and in the country at the time parties are in talks to form a cabinet following May 12 elections.

A dozen people have been killed so far since the beginning of the unrest. Also Friday, some demonstrators fired live rounds into the air as clash with security forces continue.

The government of Prime Minister Haider al-Abadi has announced a citywide curfew on Friday, threatening to arrest anyone who is seen in the streets.

Abadi has pleged to release funds to help meet the needs of the population.