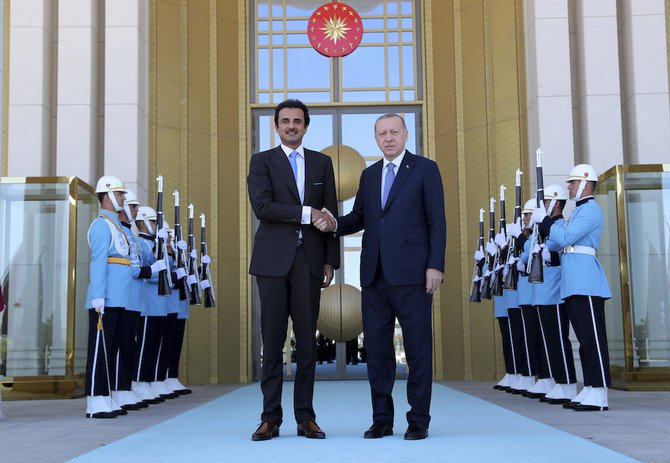 Turkey’s economy has received a boost in its ongoing meltdown after Qatar announced investment of $15 billion into the bank and financial sector.

Qatar signed the release of $15 billion in form of aid package to the troubled Turkish economy. Turkey’s currency Lira (TL) went a little up Wednesday afternoon to trade at 5.8699 from 6.04 to the dollar after the announcement of the Qatari investment, which sources in the Turkish government say will go largely to banks and financial sector.

Turkey’s economy has received a blow after US President announced Friday the imposition of double tariffs on Turkey’s imports of US steel and iron. The Trump administration has also imposed economic sanctions on Turkey’s ministers of Interior and Justice over their alleged hostile attitude towards the release of US Pastor held in Turkey in terror-related charges.

Turkey has responded with its own double tariffs on American cars, alcohol and tobacco imports. The action Wednesday led the White House to stiffen its position in the trade war with Turkey.

“The tariffs from Turkey are certainly regrettable and a step in the wrong direction. The tariffs that the United States placed on Turkey were out of national security interest. Theirs are out of retaliation,” White House spokeswoman Sarah Sanders told reporters.

Sanders also noted that the release of the Pastor, which has been the White House’s top priority in the crisis, will not remove the tariffs on steel.

“The tariffs that are in place on steel will not be removed with the release of pastor Brunson. The tariffs are specific to national security,” she said.

Relations between Qatar and Turkey have been consolidated in recent times, mainly after Ankara sided with Doha more than a year ago when the Gulf country became isolated in the Gulf region by Saudi Arabia, United Arab Emirates (UAE), Bahrain and Egypt over its alleged sponsorship for terrorism and close relations with Iran.

Turkey had then ramped up its military troops in Qatar and provided food channels to the tiny but gas-rich country.