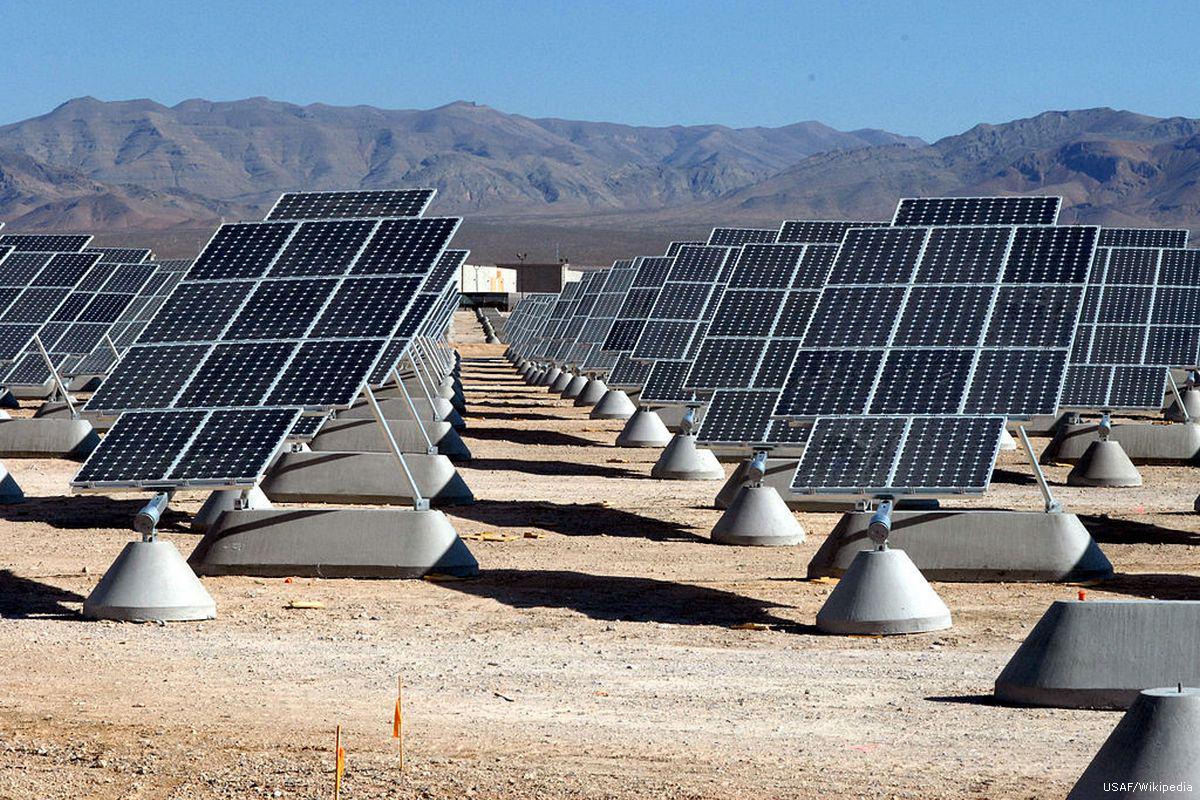 The European Union has completed this week the biggest photovoltaic solar field in Gaza that will provide 0.5 Megawatts of electricity per day to fuel the Southern Gaza Desalination Plant.

The EU-funded Southern Gaza Desalination Plant currently provides drinking water to 75,000 inhabitants in the Khan Younis and Rafah governorates. With the new energy field and new investments foreseen it will eventually reach 250,000 people in Southern Gaza by 2020, a European Commission press release said.

Johannes Hahn, EU Commissioner for European Neighborhood Policy and Enlargement Negotiations, commented: “Limited energy supplies in Gaza are one of the main challenges when improving access to safe and drinkable water to the local population. The photovoltaic solar field is essential to respond to the urgent water needs in Gaza and create dignified living conditions for its people, thus mitigating tensions in a highly conflict sensitive area.”

The EU is investing in long-term water infrastructure across Palestine with an emphasis on the Gaza Strip. In Gaza 97% of the water is unfit for human consumption. The very high population density in Gaza is putting huge strain on the ailing infrastructure, which is crumbling as a result of repeated conflicts, over ten years of Israeli closure, and the intra-Palestinian split. This infrastructure strain has led to critical water insecurity in the Strip.

The EU budget mobilized between 2006 and 2017 alone was €128 million. €21 million has been allocated in 2018. The goal is to secure self-sufficient, equitable, affordable and sustainable access to energy, safe drinking water and sanitation services for all.

In the coming months, more EU-funded projects in this area will be kicked-off. In particular the EU will be supporting Oxfam in its efforts to complete the rehabilitation of brackish desalination plants (approximately 16 public and 30 private), which will serve 58,000 people living in Gaza. Activities to increase public hygiene awareness and the establishment of comprehensive Water Safety plans will be part of the project. The EU contribution will be of €1.5 million.

The EU, which is also contributing to improving the efficiency of the water sector, has allocated €8.5 million to decrease water network losses in Gaza from 40% to 20%. By improving the networks and implementing widespread leak detection campaigns, revenue collection is expected to increase from 38% to 80%.

On 20 March 2018, the EU held a pledging conference in Brussels on the Gaza Central Desalination Plant & Associated Works Project. The conference, co-chaired by the EU and the Palestinian Authority, mobilized financial support of €456 million to this biggest ever infrastructure project in the Gaza strip, which will provide a minimum of 55 million m3 of safe and clean drinking water per year. The EU pledged €70 million for the desalination plant plus €7.1 million for management costs.