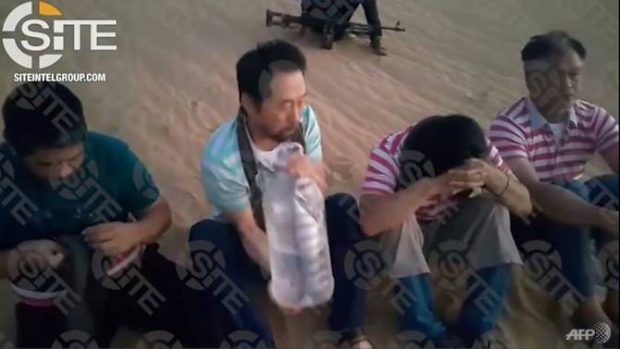 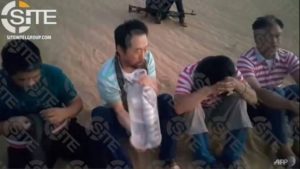 South Korea said Thursday it has sent a warship to Libya for military support in what looks like a mission to rescue a national abducted by gunmen early last month alongside three Filipino workers.

In addition to “carrying out its duty of protecting commercial vessels, (the warship) is also preparing for all possibilities including the need for military support”, a defense ministry spokesman told AFP, without elaborating further.

The warship, identified as Munmu the Great, taking part in the fight against piracy in the Gulf of Aden, has departed for Libya, according to the defense ministry.

The announcement comes as authorities are busy working to secure the release of a South Korean technician kidnapped on July 6 with three other Filipino engineers, on a water project in the North of Libya. Some gunmen stormed a water plant where the four expats were working.

No group claimed responsibility for the attack.

A video released by the abductors and confirmed by Seoul, Manila and the SITE Intelligence group showed the four men alive, addressing their respective countries in English.

The video also showed the men sitting in a desert, with one of their captors squatting behind them with an assault rifle beside him. It is unclear when the video was shot.

The Philippines foreign minister told AFP that the embassy in Tripoli confirmed the identity of their nationals who appeared in the video.

The South Korean presidency also stressed that the government was doing “its utmost with all the resources the country has”.

“The government has been maintaining a close cooperation system with the government of Libya and other allies, such as the Philippines and the United States, since the day of the incident for his safety and release,” the South Korean Presidency spokesman Kim Eui-kyeom said in a statement.

The water project named as Man-made River project taking place in different locations of Libya suffered another attack the day after the foreign technicians were kidnapped. An unknown armed group also on July 7 attacked Tazirbu site, killing two workers. They also stole cars and supplies on the site.

It was unclear if the two attacks were the doings of the same group.