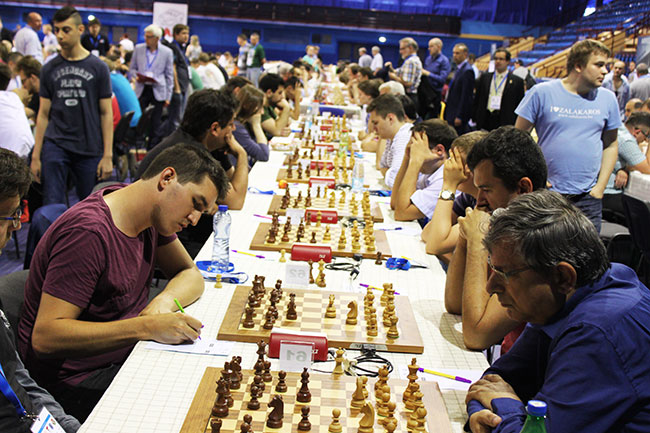 An Israeli contestant in the World Chess Championship will be allowed to enter Tunisia; host of a youth global chess competition after the international federation of the game threatened the North African country to retrieve rights to stage the match if the Israeli participant is not issued a visa.

The Tunisian Chess Federation accepted to allow the Israeli 17-year old contestant, Liel Levitan, to be part of the 2019 World School Chess Championship in the city of Sousse. Authorities had earlier refused to issue him an entry visa, in solidarity with the Palestinians, rejecting normalization with Israel, the Jerusalem Post reported.

The change in the position came following threats by the World Chess Federation (FIDE) to move the match elsewhere, the media noted, adding that Israel put pressure on Tunisia authorities and requested that visas be issued for an Israeli delegation that will be companying the teenage player.

In May, the international Olympic Committee (IOC) decided not to allow Tunisia host the 2022 edition of youth Olympic Games over its refusal in March to allow Israeli athletes to participate in the world youth Taekwondo competition, held in the city of Hammamet.

Tunisian Authorities claimed Israeli athletes failed to fulfil entry papers to the Tunisian territory, while press reports said the head of the Tunisian Taekwondo federation was roasted for extending invitation to the Israeli competitors.

Tunisia, like many other Arab states, refuses to establish ties with Israel in solidarity with the Palestinian people.

Several Civil society groups and some lawmakers aligned with Palestinians have been pushing for a bill criminalizing rapprochement with Israel.