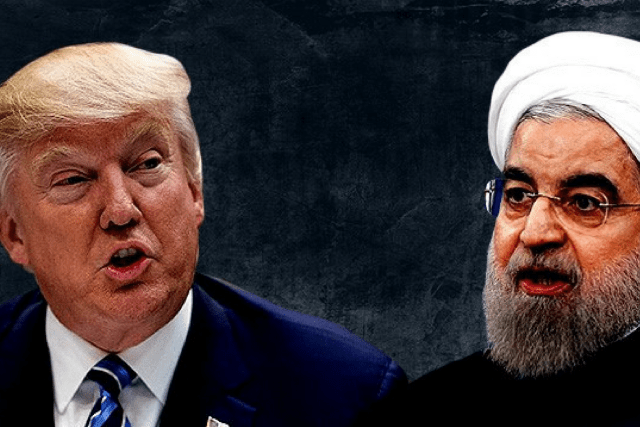 A senior advisor to Iranian President Hassan Rouhani Monday said President Donald Trump’s offer for talks with the Islamic Republic must be preceded by lessening the ongoing international hostile campaign and the return of the Unites States to the 2015 nuclear agreement that the American President tore in May.

Hamid Aboutalebi took to Twitter to respond to President Trump’s Monday statement saying he is willing to meet with Iranian officials to defuse the bitter rivalries between the two countries whose relations have come flat since 1979, following the Islamic Revolution.

“Respect for the great nation of Iran, reduction in hostilities, US returning to the nuclear deal… That will open the rocky path of the moment,” Aboutalebi said.

Trump at a press conference on Monday offered to meet with Iran leaders ‘any time’ for talks without preconditions.

“I would meet with Iran if they wanted to meet,” he said.

Ties between Iran and the U.S. dramatically deteriorated under Trump who has pledged to isolate Iran if it does not abandon its regional influence policies. The U.S. leader in May walked away from the 2015 nuclear deal signed under his predecessor Barack Obama. The deal between Iran and world powers guaranteed to the Islamic Republic a gradual lifting of economic sanctions in return for a freeze on its nuclear enrichment program.

The Trump administration is yet to re-impose the sanctions early next month and has been pressing allies around the world to cease buying oil form Iran by November 4.

Trump’s offer came following a war of words between leaders of the two rival powers.

Aboutalebi also stressed that Iran had opted for dialogue in the past, which was exemplified by the phone conversation between Rouhani and Obama in 2013.

That dialogue was “based on the idea of confidence-building measures and the nuclear deal was an achievement of this effort and it must be accepted,” the Iranian official pointed out.

Earlier on Monday before Trump’s statement, foreign ministry spokesman Bahram Ghasemi dismissed any likely meeting between the U.S. and Iran, with the ongoing hostile campaign by the Trump administration.

“Given the hostile measures of the U.S. against Iran after its withdrawal from the JCPOA (nuclear deal) and the reinstatement of economic sanctions, there is no possibility for talks and Washington reveals its untrustworthy nature day by day,” Ghasemi told reporters, according to the conservative-aligned Mehr news agency.