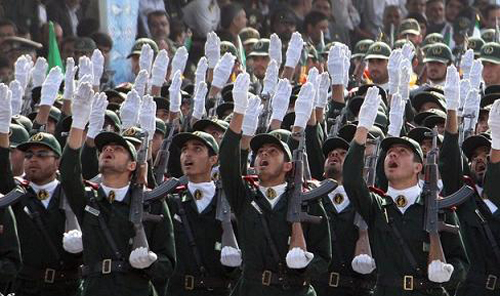 Head of the Iranian Revolution Guards Wednesday indicated that US threats to thwart Iran’s oil exports to its buyers will be easily answered.

“If the current capabilities of the Revolutionary Guards … reaches the ears of the adventure-seeking president of America, he will never make this kind of mistake and will reach the understanding that an oil threat can be easily answered,”

Jafari did not disclose how Iran might respond to the US threats.

The United States after walking away from the 2015 nuclear pact signed between Iran and world powers, has urged allies to cease buying oil from Iran by November. President Donald Trump also urged OPEC and its member country Saudi Arabia to increase oil production to make up for the shortage likely to be caused by the absence of the Iranian oil on the international market.

Jafari, early this month, reportedly indicated that his forces could block sea traffic in the Strait of Hormuz in response to the US aggressive campaign aiming at isolating Iran and drying out its money resources.

The threats by Jafari prompted a quick reaction by China, which called Tehran to promote peace and stability in the region and around the Strait, the main route of oil shipments.