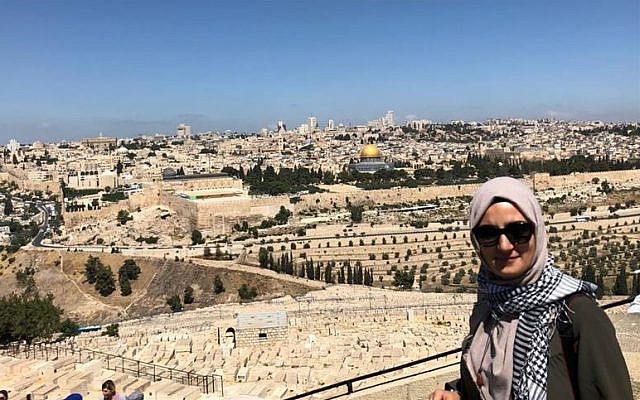 An Israeli court Sunday indicted a Turkish tourist on three charges including attempt to raise funds for the Palestinian group Hamas and smuggling hundreds of dollars to the Palestinian movement ruling Gaza Strip.

The 27-year old Turkish woman Ebru Ozkan has been held in Israel since June 11 as she tried to board a plane for her home country. A court near Israel-controlled West Bank pressed against her four charges with two being top of the list.

The prime accusation found the woman guilty of threat to Israel’s security over allegations that she tried to smuggle in the Jewish state five expensive perfume bottles that she intended to sell and raise the money for Hamas that Israel considers terrorist organization, Times of Israel reports.

Another charge leveled against the woman notes that she handed the sum of $500 to Hamas operative.

Ozkan’s lawyer, Omar Khamaisi, ridiculed the charges noting that the court should be brave and free his client as he deemed trivial the objects that Ozkan was accused of smuggling into Israel.

She is also accused of smuggling into Israel a cell phone charger intended to Hamas.

“Come on, really?” Khamaisi told Reuters outside the court.

“I think that in this case the decision will ultimately be a brave one – to release her, I hope.”

The money transfer according to the Israeli court took place in the West Bank to the benefit of Hamas members. Ozkan never met with the Hamas alleged member who should take the charger, the court’s indictment however revealed, according to Times of Israel.

The lawyer also chided the court proceeding, noting that the interrogation was conducted in Arabic, a language that the Turkish tourist does not speak well.

Ozkan’s case has further jeopardized the already strained relations between Israel and Turkey. Diplomatic ties between the two countries have deteriorated over the past decade with Ankara condemning what it calls Israel’s inhuman policies against Palestinians. Tel Aviv also accuses Ankara of supporting Hamas referred to as terrorist group.

Referring to Ozkan as “our sister”, Turkey top diplomat Mevlut Cavusoglu, Friday, vowed Ankara’s retaliation against what he termed as “deterrent measures against our citizens traveling to Jerusalem.”

“Our relations will normalize when Israel stops its inhumane policies,” the foreign minister said without elaborating”.

Israel is also contemplating a counter action, namely restriction of activities of Turkey’s international aid agency in Jerusalem and the Palestinian territories to counter reported efforts by Erdogan to extend his influence in East Jerusalem, Israeli media notes.