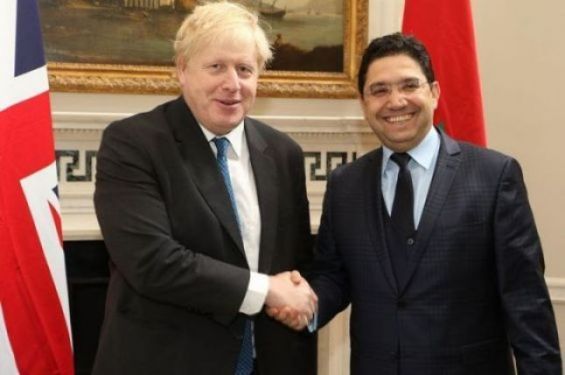 The UK described as “serious and credible” the efforts undertaken by Morocco to find a lasting settlement to the Sahara issue.

“We welcome the considerable and credible efforts undertaken by Morocco to find a settlement to the Sahara conflict,” said the UK Minister of State for the Middle East Alistair Burt.

Burt made the statement to the press on the sidelines of the first UK-Morocco Strategic Dialogue in London attended by Morocco’s Foreign Minister Nasser Bourita and his UK peer, Boris Johnson.

The two parties signed an agreement in which the UK commended the “serious and credible” efforts led by Morocco to find a solution to the regional dispute.

The agreement establishing the Morocco-UK strategic dialogue reinforces bilateral ties between the two countries whose diplomatic relations were established 800 years ago.

The annual dialogue will be held in alternation between the UK and Morocco with the goal of forging ahead in bilateral cooperation in the political, diplomatic, security, economic and cultural areas.

Education featured prominently in the talks in London as the two parties also signed an agreement allowing British schools to open in Morocco.

Besides bilateral cooperation, Boris Johnson and Nasser Bourita discussed a set of other international issues, including air and maritime security and cooperation in the fight against terrorism.

The United Kingdom, in the run-up to its exit from the European Union, seeks to diversify its cooperation and consolidate its trade ties with third countries outside the Euro area to offset the economic shortfalls that will result from the Brexit.