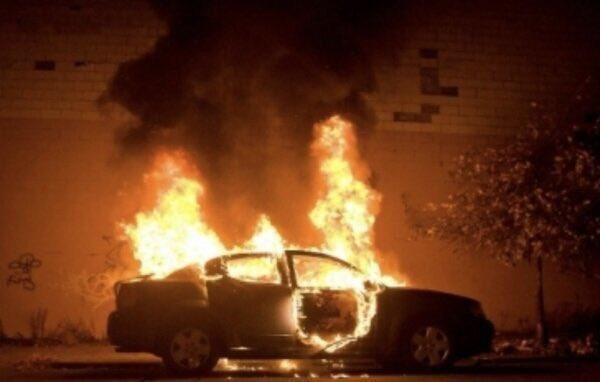 Two alleged culprits suspected for being involved in an attack on the car of a Saudi woman near the holy city of Mecca have been arrested, Arab news reports.

Salma al-Sherif, a 33-year old cashier lost her car Monday after unidentified men set it ablaze in an apparent protest against the royal decree, which lifted on June 24, the ban on women’s right to drive.

Thousands of Saudi women jubilated sitting behind the wheel on that day.

Salma al-Sherif told local media Okaz that she had been victim of abuses in her neighborhood since starting to drive. The woman told the media that driving her own car enabled her to reduce her transport expenses.

“Half of my salary of 4,000 riyals [$1,067] was spent on a driver to take me to my workplace and drive my elderly parents,” Sherif told the pro-government daily Okaz.

“But from the first day of driving I was subjected to insults from men.”

Wednesday two men believed to be the arsonists were arrested and referred to the public prosecutor, Arab News reports.

The 33-year old woman received a large support from Saudis over the incident that some likened to a ‘terrorist act’.

Over 100,000 women have reportedly applied for driving licenses, since the removal of the ban, promoted by Crown Prince Mohamed bin Salman.

The move has been viewed as a major step towards the modernization of the Saudi society and as a liberal policy intended to attract foreign investment in the most conservative Muslim country in the world.

A recent survey in the kingdom revealed however that one third of Saudi men are opposed to the decision but could speak out for fear of crackdown.