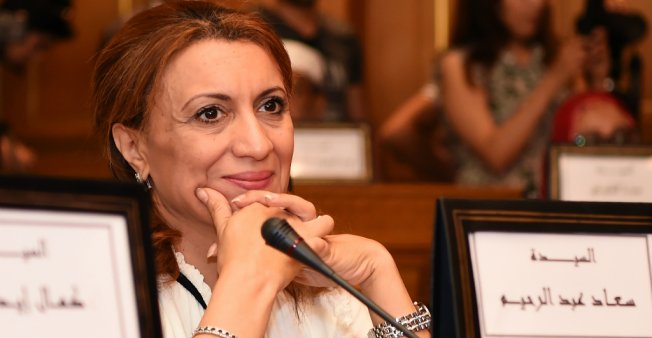 Islamist party Ennahdha’s candidate Souad Abderrahim became Tuesday the first woman mayor of the Tunisian capital after winning the majority of the council votes following her lead in the municipal elections held in May.

Souad Abderrahim beat rival Kamel Idir of secular Nidaa Tounes with 26 against 22. She has become ‘Cheikh of Medina’, a male title given to the mayor of the Tunisian capital because of the important roles he plays during some religious celebrations.

The 53-year old businesswoman who owns a chemistry firm ran for May first municipal elections as independent candidate but under the umbrella of the Ennahdha Islamist party.

She led the May polls but had to wait until a vote on Tuesday of members of the city council who had to choose between her and Idir of the government coalition party Nidaa Tounes of current President, Caid Essebsi.

“I dedicate this win to all Tunisians and all women who have struggled to be in such senior positions,” she said in her acceptance speech.

“My first task will be to improve the face of Tunis,” she added.

Souad Abderrahim who rejects the ‘Islamist’ label promised to work with all parties.

Ennahdha has embarked on a rebranding campaign. The party fielded for the elections numerous women candidates as well as candidates from other religions.

Souad Abderrahim’s election marks the emergence of Tunisian women in the country’s public affairs and a break with the past following the 2011 revolution that swept away former autocratic ruler, Ben Ali.

The country’s electoral commission (ISIE) said that women made up 47 percent of those elected in the recent local polls.