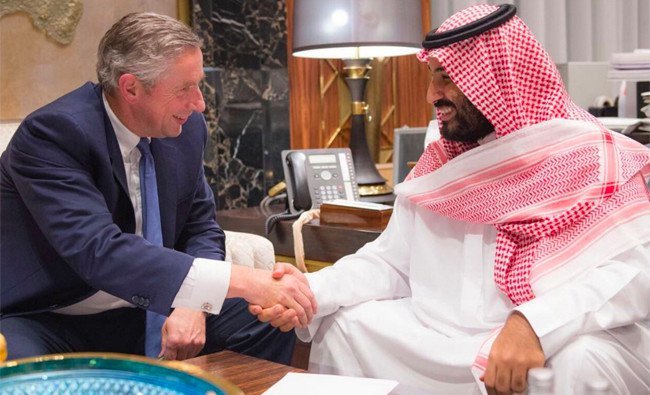 German national, Klaus Kleinfeld has been named advisor to the Crown Prince Mohamed bin Salman on ‘enhancing the economic, technological and financial development” of the kingdom, leaving his current position of Chief Executive Officer of the development of the Saudi futuristic city known as NEOM.

Kleinfeld was appointed CEO of the $500 billion town to be built in the Saudi desert near the Red Sea, in October.

The one-off city, stretching over 26,000 square kilometres is the flagship project of the Crown Prince’s 2030 vision for the kingdom. The 32-year old Crown Prince hopes to make of the country an attraction for foreign investments, in his 2030 vision.

Kleinfled will take office from August 1 but will however retain his position as board member of the future city, Arab News said.

The 60-year old German “will take over wider responsibilities to enhance the economic, technological and financial development of Saudi Arabia,” a statement said.

The German was previously the head of New York-based Arconic and President, CEO of German Seimens AG.

He will be replaced in his current position by Nadhmi Al-Nasr who led the development of Neom Bay, the project’s initial stage. Al-Nasr worked for more than 30 years in the kingdom’s largest company, Aramco.