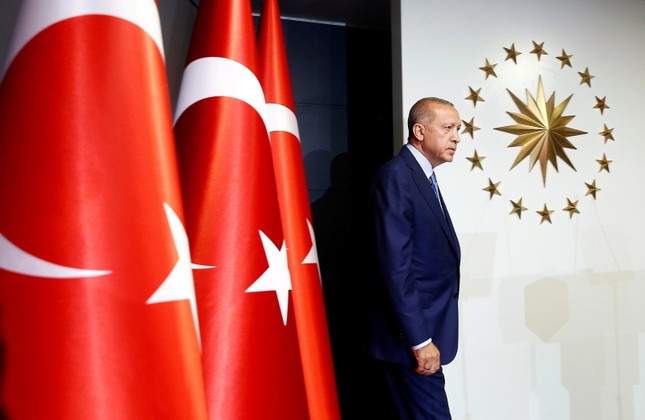 President Recep Tayyip Erdoğan Sunday solidated his authority after he knocked out his main rival in the first round of the presidential elections.

Erdogan won his second term in office as the country’s first elected president. The leader of the ruling Justice and Development Party (AK Party) secured over 52 per cent of the votes over his main rival Muharrem Ince of the Republican People’s Party (CHP) who gained a little higher over 31 per cent.

Erdogan beat Ince even in his own hometown of northwestern Yalova province with 59.6 against 37.5.

The turnout has hit 90 per cent according to the elected president.

“The people have given us the executive and legislative duties,” Erdoğan said, speaking at a press conference late on Sunday in Istanbul.

With this victory, Erdogan who became Turkey’s first elected president five years ago, now becomes the country’s most powerful man.

A referendum last year gave the president sweeping powers as it abolished the parliamentarian system.

The constitutional amendment has scraped the Prime Minister position and allows Erdogan to seek a third term if he wants.

The results first released by state-run Anadolu news agency were rejected by the opposition as too hasty.

The AKP and its ally the Nationalist Movement Party (MHP) also secured majority in the parliament with 293 seats in the 600-member chamber after a count of 99 per cent of votes.