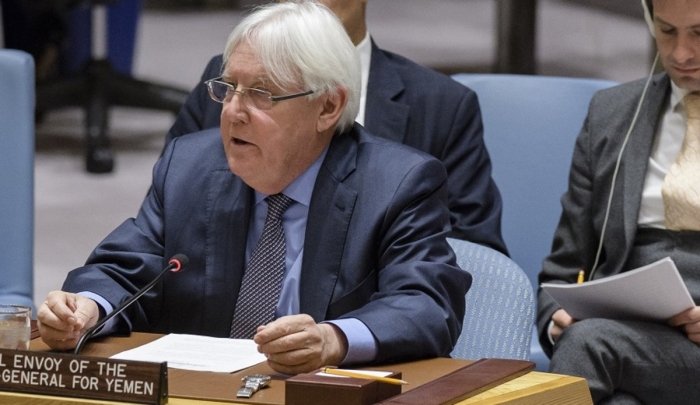 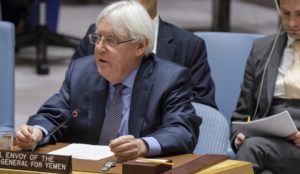 The United Nations envoy for Yemen expressed confidence on Thursday that a solution can be found to prevent further violence in and around the port city of Hodeida.

“I am confident that we can reach an agreement to avert any escalation of violence,” Martin Griffiths, the UN Secretary-General’s Special Envoy for Yemen said, according to a statement issued in Amman to the media.

Fighting between Houthi rebels who control the city, and government forces backed by a Saudi-led military coalition, has put lives of hundreds of thousands of civilians there at risk.

Martin Griffiths was in the Yemeni capital, Sana’a, at the weekend, for talks to try and resolve the crisis.

“My priority now is to avoid a military confrontation in (Hodeida) and to swiftly return to political negotiations,” he said, according to the statement.

The envoy said he was encouraged by the “constructive engagement of the Ansar Allah leadership”, referring to the official name of the Houthis.

He also looked forward to upcoming meetings with the country’s President and Government of Yemen, based in the south of country.

Meanwhile, aid workers continue to mobilize to support residents of the city. Lise Grande, UN Humanitarian Coordinator in Yemen, said they have been off-loading food at the port and rushing in emergency stocks.

Partners have also been distributing food boxes and emergency kits to displaced families, among other measures. Conditions in Hodeida were already among the worst in the country, even before the fighting began, according to Ms. Grande.

She reported that one quarter of children there are suffering from acute malnutrition, while the city was an epicenter of last year’s deadly cholera outbreak, among the worst in recent history. “Of all the things we are worried about, cholera is top of the list,” she added.

“It wouldn’t take much to start an unstoppable outbreak. If the water system in just one neighborhood breaks down, and if nothing can be done to immediately address the situation, cholera could spread with lightning speed.”