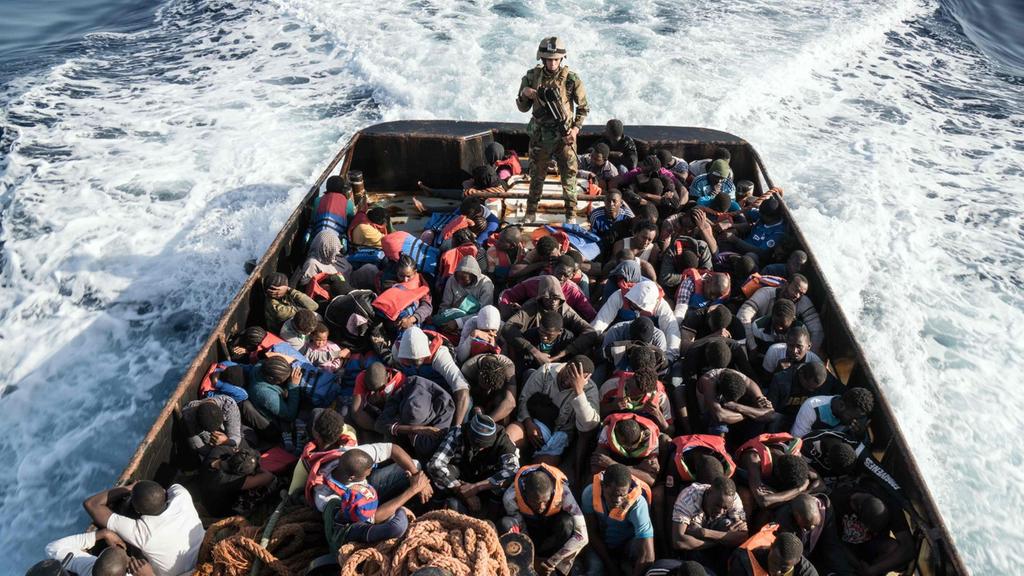 A Libyan coast guard commander and five other individuals have been targeted by UN sanctions for their alleged involvement in human trafficking and the smuggling of illegal migrants.

The Security Council took the decision Thursday after Russia lifted its hold on the request for action against the individuals, Reuters reports.

Mus’Ab Abu-Qarin, according to the Security Council, is “a central actor in human trafficking and migrant smuggling activities” whose network covers “Libya, European destinations, sub-Saharan countries for the recruitment of migrants and Arab countries for the financial sector”.

He is currently working in close collaboration with Libyan authorities and is blamed for the death of 800 migrants in April 2015 after their boat capsized.

Mohammed Kachlaf, on the other hand is head of a militia in Zawiya in western Libya that controls a refinery, which is “a central hub of migrant smuggling operations”.

The sanctions committee described Kachlaf’s network as “one of the most dominant in the field of migrant smuggling and the exploitation of migrants in Libya”. The man also manages detention centers.

Abd Al Rahman Al Milad, described by the sanctions committee as head of the regional coast guard unit in Zawiya, “is consistently linked with violence against migrants and other human smugglers”, the Associated Press reports.

UN experts monitoring the sanctions also believe that Al Milad and other coast guard members were “directly involved in the sinking of migrant boats using firearms”.

Ermias Ghermay is believed to be “a leader of a transnational network responsible for trafficking and smuggling tens of thousands of migrants, mainly from the Horn of Africa to the coast of Libya and onwards to destination countries in Europe and the United States”.

Fitiwi Abdelrazak according to the sanction committee has been involved in the exploitation and abuses of migrants. He built an immense fortune through the illicit trafficking.

Last sanction-hit, Ahmad Oumar Al Dabbashi, heads an active militia around the city of Zawiya. His group allegedly enjoys links with the Islamic State (ISIS) in Northern African and controls departure areas of migrants, including camps, houses and boats.

The sanctions, imposing a travel ban on the individuals and freezing their assets, came following efforts by the Netherlands, which secured support from France, the US and other members of the Security Council.

The EU country, which seats at the council, told the AP that its aim was “to destroy the business model of human trafficking networks and tackle the appalling human rights situation of migrants that were sold as slaves on the markets of Libya”.

“Last fall, images of migrants being sold as slaves in Libya shocked our conscience, and the Security Council vowed to take action. Today’s sanctions send a strong message that the international community is united in seeking accountability for perpetrators of human trafficking and smuggling,” said US Ambassador to the United Nations Nikki Haley in a statement.

A CNN report in December uncovered illicit sales of African migrants at auctions in Libya. Migrants from Southern Sahara were being priced at $400.