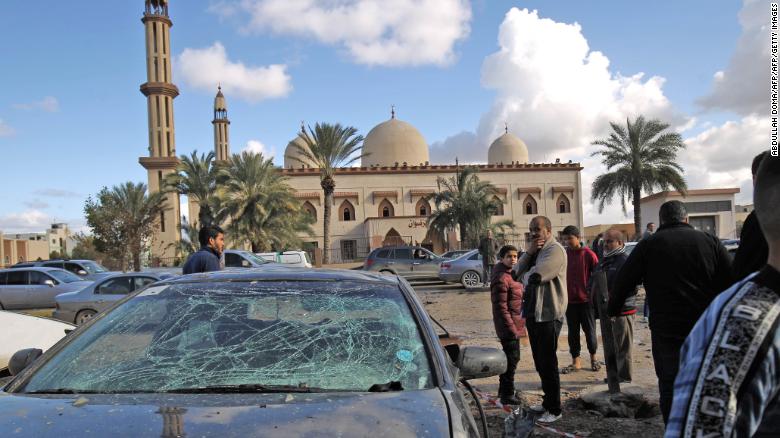 The attack took place in a busy street behind the city’s top hotel; Tibesti near the Mediterranean. At least six people were reported dead by local hospital. The number of the wounded has been put at 20, local reports say.

Local media Libya Express has indicated that a popular fighter, known as Ezzo Raslan, belonging to the so-called Libyan National Army led by self-style Khalifa Haftar, died in the attack along with his brother.

No group has claimed responsibility for the attack. Haftar last year declared the liberation of the city and its surroundings following three years of fierce fighting with Islamists.

Despite losing the city, Islamists have been staging sporadic attacks against LNA forces.