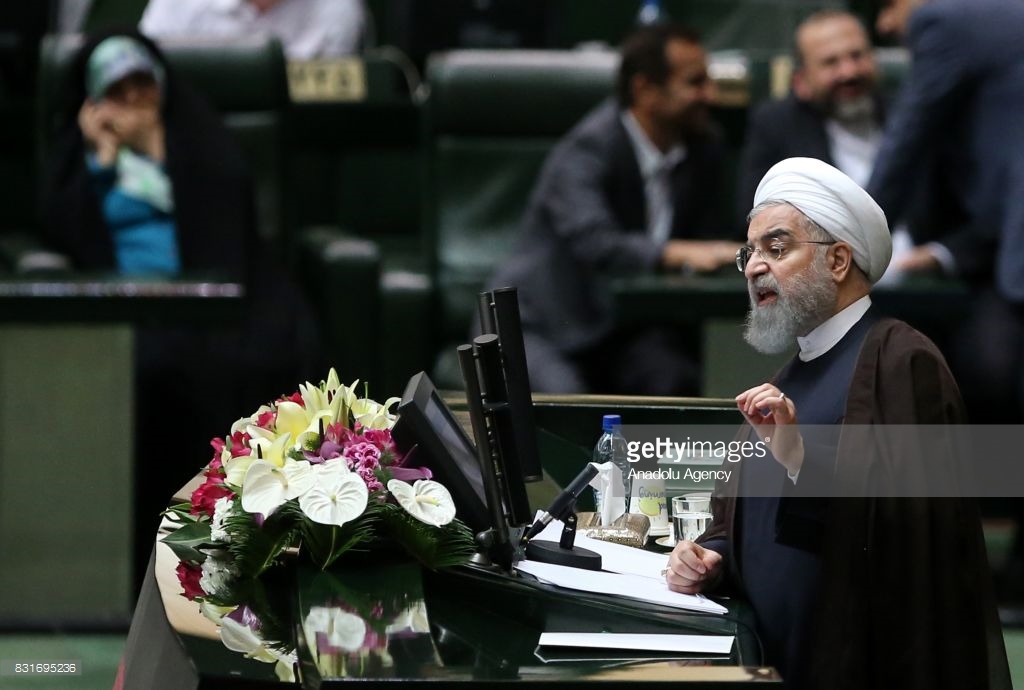 A group of lawmakers in the Iranian legislation have called President Hassan Rouhani to completely review ties with the United Arab Emirates (UAE) after the Gulf country voiced support for Washington’s pledge to flap historic toughest sanctions over its nuclear program, Iranian Fars news agency reports.

The lawmakers, 61, in number, came up with a notification read out at the floor at an open session of the parliament in Tehran on Tuesday.

The group according to the agency called on the government “to review all-out relations with the UAE in an attempt to change and lower interactions between the two states.”

The demand came after UAE’s Minister of State for Foreign Affairs Anwar Gargash hailed Monday US Secretary Mike Pompoe’s announcement of new sanctions against the Islamic Republic few days after US President Donald Trump withdrew the US from the Joint Comprehensive Plan of Action (JCPOA).

Gargash welcomed in a tweet his US counterpart’s remarks as he deemed the sanctions correct.
“US Secretary of State Mike Pompeo’s approach to Iranian policy was correct,” Gargash tweeted.

“The tough strategy he declared was a natural result of Iranian behavior over the years. Uniting efforts is the correct path for Iran to realize the futility of its incursions and expansionism,” he added.

The UAE is a key trade partner of Iran. Both countries however fell out in 2016 following Iranian protest over the execution of a prominent Saudi Shia cleric.