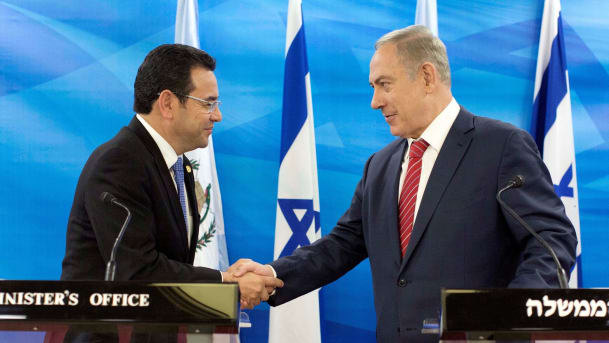 Morocco has suspended twining project between the North African country’s capital Rabat with Guatemala City, in solidarity with Palestinians after the Central American country became last week the second in the world to move its embassy to the disputed city of Jerusalem, following the US mission’s transfer in the old city May 14.

The city official indicated that the council meeting last week decided in unison to suspend the project proposed by the Guatemala envoy to the North African country and which was accepted.

“Members of the Rabat city council have unanimously refused to deliberate on a twinning agreement between Rabat and Guatemala City,” Elomrani said on facebook.

The decision to shelve the project came after Guatemala decided to transfer its embassy from Tel Aviv to Jerusalem, bolstering therefore the White House’s controversial May 14 move.

President Donald Trump moved ahead with his much criticized plan to relocate the US embassy to Jerusalem in total disregard to international consensus over the status of the city which should be decided in final status talks between Palestinians and Israelis.

Elomrani noted that the council’s decision also falls in line with Morocco’s official position on the controversial US decision. King Mohamed VI had previously warned the US leader against his decision. Last week the Monarch also reiterated Morocco’s support to the Palestinian cause and condemned Israel’s massacre of at least 60 Palestinians in a protest against the US embassy relocation.

Sunday, Tens of thousands of Moroccans marched in Casablanca in solidarity with the Palestinians.