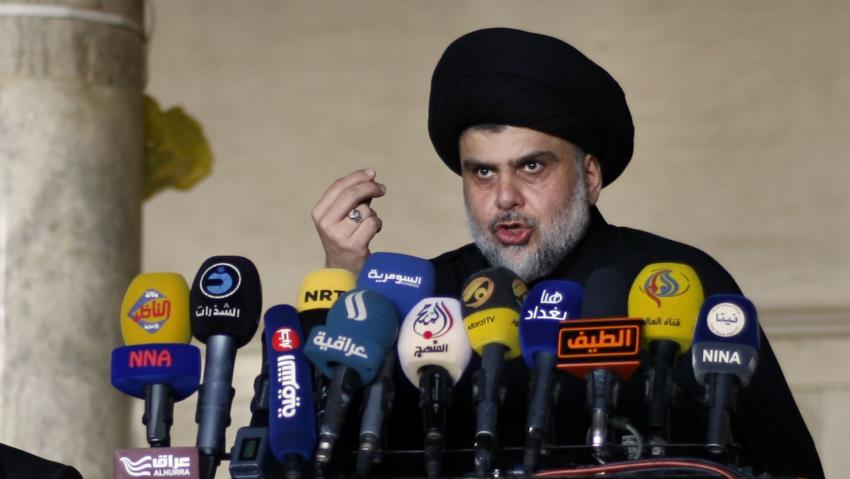 The US and its Middle East rival Iran have begun wondering about their future roles in Iraq following the stunning win of Shia Cleric Muqtada al-Sadr, who is opposed to both powers and who promised to end their influence.

Saairun has been declared winner in the majority of provinces. The Shia Cleric has promised to curb US and Iran’s influence in the country, torn apart since the 2003 US invasion.

Sadr and his militia Mahdi Army in the wake of 2003 invasion fought American troops in Sadr city and in the holy city of Najaf where dozen of US forces lost their lives.

Tuesday, US Defense Secretary, Jim Mattis, who served in Iraq, told reporters that the White House supports the Iraqi people in their choice. His office also noted that the Trump administration does not have a preferred candidate.

“The Iraqi people had an election. It’s a democratic process at a time when people, many people doubted that Iraq could take charge of themselves,” he said.

“So we will wait and see the results – the final results of the election. And we stand with the Iraqi people’s decisions.”

The US still has several thousands of troops stationed in the country as part of the fight against terrorism.

At the time the Pentagon claims it respects the Saturday vote results, Iran dispatched the head of Revolutionary Guards General Qassem Soleimani in a bid to secure a future coalition government friendly to Tehran.

Shia militia al Fatah backed by Iran is tipped to hold the second place in the election.

Tehran and Sadr fell out over the Shia Cleric nationalistic views and drives to make his country foreign-influence- free.

Sadr has recently moved closer to Saudi Arabia, Iran’s staunch regional rival in a bid to forge consensus and win vote of millions of Iraqi Sunnis who feel left out following the fall of Saddam Hussein, the last Sunni leader of the country.