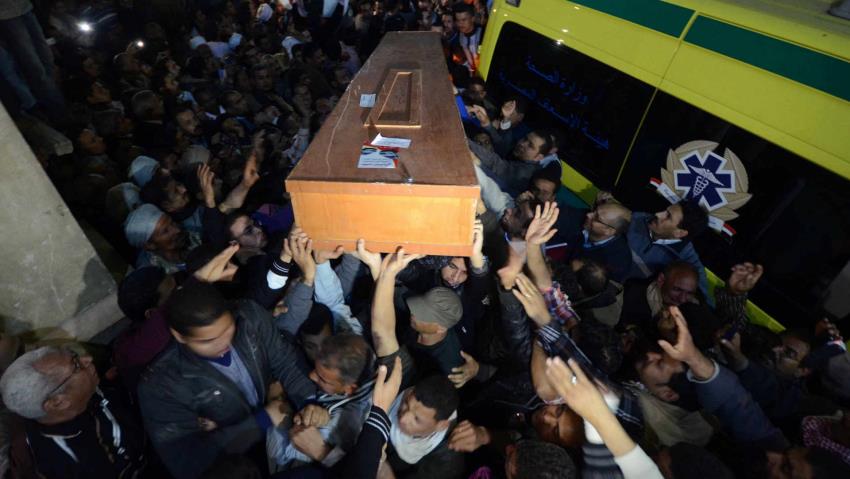 A Libyan security official aligned with UN-backed government announced Monday repatriation of the remains of Egyptian Coptic Christians beheaded in February 2015 in the city of Sirte after their capture by the Islamic State group (ISIS).

ISIS in 2015 shocked the world after it posted a video footage showing 20 Egyptian Coptic Christians being beheaded on a beach, in Sirte, hometown of former leader Muammar Gaddafi.

The security official said the remains were recovered in October after the area was recaptured. They will be flown back to Egypt from Misrata airport. The official said an additional corpse was identified as a Ghanaian.

ISIS entered Libya in 2014 and turned Sirte into its North Africa stronghold before being flashed out last year by brigades from the western city of Misrata, with the support of US Air Forces.

Despite loss of its Sirte stronghold and other territories, the terror group has remained active in the messed up North African country.

Early this month, the global terror group on the shrink claimed responsibility for attacks on the High National Election Commission in Tripoli. Sixteen people were killed in this attempt to sabotage the UN-sponsored political process aiming to end years of rivalries between factions.