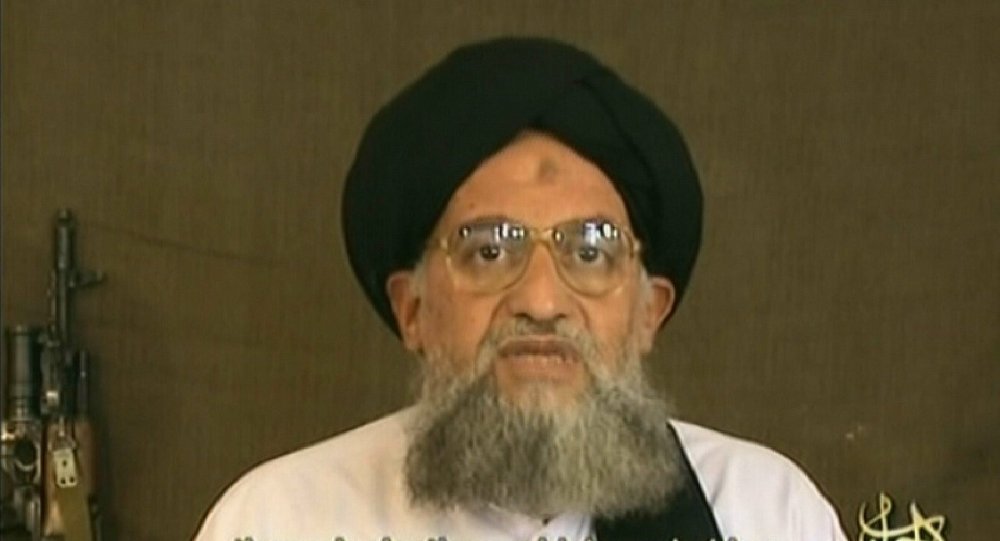 The Egyptian leader of Al Qaeda terror group has called on followers to wage Jihad against the United States over President Donald Trump’s decision to transfer the US embassy to the disputed city of Jerusalem; a move, which, he argued, has killed Palestinians’ last hope of negotiations.

Ayman al-Zawahiri who replaced the group’s founder Osama bin Laden, killed in a US operation in 2011, indicated that Trump’s December decision recognizing Jerusalem as capital of the Jewish state and the relocation of the US mission in the disputed city left Palestinians with no chances of negotiations, reported SITE.

SITE, a monitoring agency that tracks the online activity of terrorist organizations, said it got hold of a transcript of Zawahiri’s video –address.

In the five-minute video entitled “Tel Aviv is Also a Land of Muslims,” Zawahiri noted that armed struggle, Jihad, was the only way to fight the US, which Osama bin Laden labeled as “the first enemy of the Muslims”.

Zawahiri rebuked President Trump arguing that he “was clear and explicit, and he revealed the true face of the modern Crusade”.

The terror group leader also laid into the Palestinian Authority (PA) that he termed as the “sellers of Palestine” and lambasted Muslim countries that failed to act in Muslims’ interests by leaguing with the US.

Washington officially opened this May 14 its mission in the east old city, which Palestinians have also called on the world to recognize as the capital of their future state. May 14 coincides with Israel’s creation.

President Trump at the beginning of his tenure pledged to broker the deal of the century and settle the decades-long conflict between Palestinians and Israelis. His not-yet unveiled peace plan excludes Jerusalem.

Palestinian have since December cut off ties with the White House in protest of Trump’s unilateral embassy transfer decision.

European countries and a vast majority of the UN members also rejected the decision.