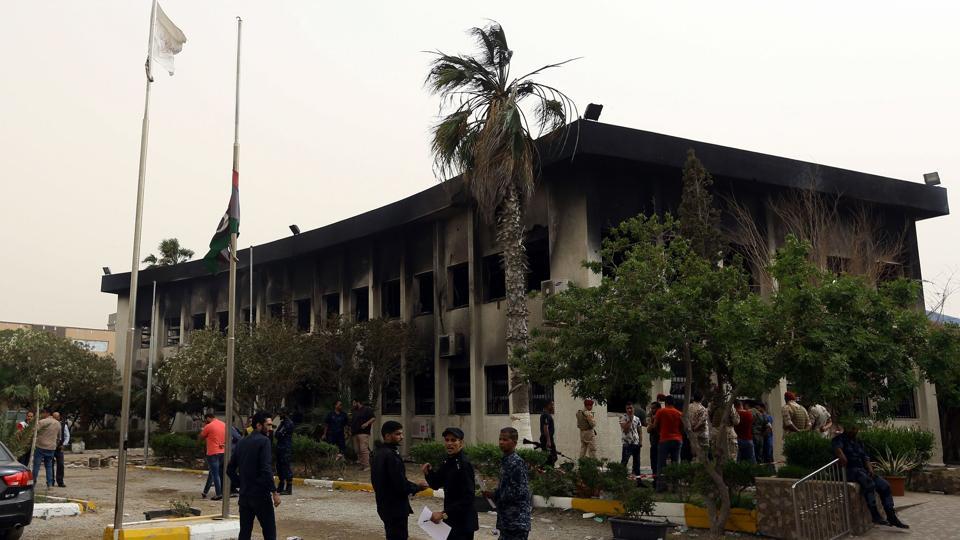 A terror attack on the headquarters of the High National Elections Commission (HNEC) claimed by the Islamic State group (IS) left over 10 people dead and several wounded as the crisis-dogged country prepares for an electoral process with the aim of electing a President.

The attack occurred Wednesday after IS operatives, reportedly three of them, stormed the building of the commission located in Ghoat Shaal, in Tripoli.

The jihadists first engaged in a gun battle with security forces guarding the building and when they ran out of ammunition, they detonated their suicide belts, the terror group said.

The battle and the explosion left over 10 people dead and around 7 wounded. Two of the attackers died on the spot after setting off the bombs. The third was arrested by forces managed by the interior ministry loyal to the UN-backed Government of National Accord (GNA), Libya Herald reports.

The HNEC came under attack as it computes voters’ data for this year electoral process sponsored by the UN.

Over 2.4 million Libyans have so far registered for the planned legislative and presidential elections.

Head of the HNEC told media that the database is still safe after the attack adding that the backup could be re-activated in hours following the attack condemned by the UN, the US embassy and several other foreign missions.

The UN has advanced a one-year action plan expected to help end chaos and rivalries between opposed factions vying for the country’s control. The action plan includes an electoral process, which will culminate in a presidential election wished for late this year.

This week, the EU, France and Egypt reiterated their intentions to push for the elections, which will endow the oil-rich North African country with a central government.

Libya has had two competing administrations, namely the GNA based in Tripoli and its rival based in Beida and backed by country’s internationally recognized parliament House of Representatives (HoR).